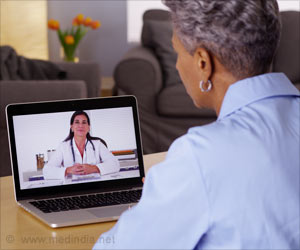 There are several physiological and psychological changes associated with aging but the most common ones are memory disorders and mobility problems. Many old people prefer to skip going to the doctor because traveling would put too much of a strain on their joints.


Procrastination often leads to escalation of the health problem as the organs and body systems of seniors are already in decline. Furthermore, an elderly person is more susceptible to heatstroke and dehydration and so visiting health care providers can in itself pose a health risk. To circumvent these health issues, doctors have turned to telehealth consultations as a viable alternative to in-person consultations. Unfortunately, telehealth remains more common in the western world as compared to developing nations.


Telegeriatric consultations are most commonly used for senior bedridden patients who have stable chronic conditions such as diabetes or heart disease. These consultations allow a doctor to communicate with a patient via video conference. Patients who do not have video conferencing facilities can request a clinician to come to the house with a tablet or similar videoconferencing device.

The Use of Telegeriatric Consultations for Older Adults with Memory Disorders

While the medical community has accepted the practicality of telegeriatric consultations for follow-up sessions with patients, most doctors shy away from using video conferencing to make a diagnosis. While physical ailments would require an in-person consultation in order to obtain a definite diagnosis, mental disorders such as dementia do not have physical symptoms and so it is possible to make a diagnosis via a video conference. The doctors who conducted this trial found that it would be feasible to set up a clinic that provided telegeriatric consultations for memory disorders and local GPs (General Practitioners) could then refer patients to this clinic based on the requirements of the individual.

Diagnosing memory problems via a teleconference is the first step in promoting tele-diagnosis for mental disorders. Currently, there are several telehealth service providers that offer services for the treatment of depression, obsessive-compulsive disorder, bipolar disorder and memory loss. Patients need to hand over their complete medical records and might require more than one consultation before the doctor can make a memory loss diagnosis. This is because the treatment for short-term memory loss is quite different from long term memory loss treatment and age related memory loss and so a definite diagnosis is imperative for successful treatment. The doctor will thoroughly examine a patient's history as well as his symptoms before making a diagnosis.

The Role of Telegeriatrics in Senior Care

Less Physical and Emotional Stress: Going to the doctor can be stressful for children and grown-ups alike but it can be particularly demanding for older people. The sheer physical exertion, discomfort and pain do not always end with the commute as patients are often forced to wait for over an hour for the doctor even though they have an appointment. A one hour wait would simply mean frustration and annoyance for a younger person but to a senior, it can be downright painful as their joints cannot take the pressure of sitting in one position for that long. Older people also have weaker immune responses and so they are at a higher risk of contracting an infection from other patients in the doctor's waiting room.

Improved Access and Convenience: Telegeriatric consultations might be the only option for people in remote areas as these patients may not be able to make the long trip to the doctor's clinic. The doctor can follow-up on treatment plans or prescriptions in a manner similar to a regular follow-up visit. It is not only rural areas that can benefit from telegeriatric care. The cost of living is very high in cities and as a result two-parent working families have become the norm even in the more traditional homes. Working parents might not be granted leave from their employers to take their elderly parent for a doctor's appointment. In such cases, a telegeriatric consultation would be a viable option.

Lower Health Costs: Telegeriatric consultations can reduce costs by up to 50 percent as it completely eliminates traveling costs. Health care for older adults has become a lot more expensive and traveling to and from the doctor's clinic adds to these costs. In cases where the patient is unable to go to the doctor's office and the doctor makes a home visit, the charges for the visit can be several times the fees for a regular consultation.

In India, the Telemedicine Networking Foundation is one of the few organizations that provides telemedicine. It is a non-profit organization that has been established by the Apollo Hospitals Group and it provides online interactive healthcare in real-time for remote medical assistance.