Miracle Berries May Not Evoke More Sweetness With Enhanced Sourness 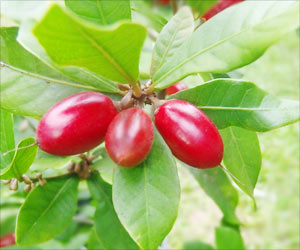 Miraculin is a sugar substitute extracted from the fruit of Synsepalum dulcificum. The fruit is famously known as miracle berry that, when eaten, causes sour foods subsequently consumed to taste sweet.

"You can eat a berry and then bite into a lemon. It becomes not only sweeter, but it will be the best lemon you've tasted in your life," explains Robert Harvey, a biomedical expert and a promoter of the sugar substitute in the United States, in an exclusive interview with BBC News.


Many researches and experiments have gone deep into the merits and demerits of miraculin sugar substitute over the past decade, but a few studies have examined the effect of miraculin on mixed acid solutions.


Now a new study appeared in the Scientific Research Publishing examines the intensity of the sweetness of mixed acid solutions after the sugar substitute was applied in response to the enhancement of the sourness.

The researchers suggest that the sweetness drawn out by miraculin is not enhanced by the binary and trinary acid solutions used in this study.

Method of the Study

As many as twenty adults with no subjective issues with gustatory and olfactory functions participated in the experiments. A tablet of miraculin, which was gently ground in a mortar and pestle, was used. The quality checked ground miraculin powder was provided to each participant with a plastic spoon. Then, effects of ground miraculin powder on the perceived intensity of taste and odor were analyzed using six organic acid solutions in the twenty participants. Citric acid was a component of the solutions, and the average pH (potential of Hydrogen or concentration Hydrogen) were between 2.24 and 2.48.

The results showed that the ground miraculin powder evoked sufficient sweetness after oral application. However, no significant differences were found in the intensities of sweetness evoked by the miraculin application among the six acid solutions.

"Major differences, after the sugar substitute was applied, were identified in three of the sensory items examined (the sourness, the astringency, and the overall odor intensity) among the six solutions. Still, the average scores for these sensory items had no mutual relationship with the average solution pH values," scientists concluded.

About the Miracle Fruit

Miracle berries have long been known in West Africa. The berry was first documented by explorer Chevalier des Marchais in 1725. However, serious attempts to grow it only started after the American botanist David Fairchild.

In 1960s, a scientist, Dr Linda Bartoshuk, studied miraculin, the protein in the berry. One of her lectures was heard by Robert Harvey, who realized that miracle berries were a huge opportunity.

Harvey tried a range of sugar-free products coated with the extract, but he could not manage to get the US Food and Drug Administration (FDA). Media reported that the food and drug regulatory organization was acting in favor of the sugar industry in the case of Harvey.

Health Benefits of the Miracle Fruit

Obesity has become a worldwide problem. The global prevalence of obesity and the economic burden on healthcare systems has doubled since 1980.

The values of healthy eating have been extolled for decades. The search is always on for replacements for those fatty and sugary foods. This 'miracle fruit' can be used to produce sweet tasting foods without sugar or sweeteners.

So, basically, the fruit offers a sugar-free life for all people and it is important to lead a health life and avoid future health complication.

Experts say that, miracle berries have been given to patients undergoing cancer treatment. One of the side effects of chemotherapy is sour, metallic tastes in the mouth. The miracle berries can convert these tastes to sweetness, and it will help patients to eat more nutritious foods without any trouble.

Diabetes patients who really crave sweetness can also use it. Kids with diabetes for whom the lack of sweetness really hurts, will be much happier with the effect of miracle fruit. 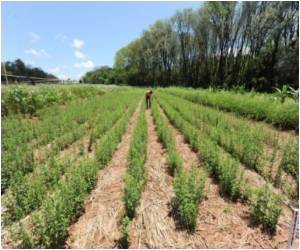 Herb from Paraguay may be Sugar Substitute
Stevia, a herb found in Paraguay, may be a suitable sugar substitute as it is sweeter than sugar, but comes without the added calories.
READ MORE

Acai Berry - Does It Really Work?Berries for a Healthy and Beautiful YouFat-Burning Foods for Men
Sign up for Wellness Consult a Doctor Sign up for Selfcare Sign up for Covid