Bipolar Disorder is a brain disorder in which people show mood swings. Periods of a very good or irritable mood and depression swing back and forth. Many patients have a predominance of one or the other.

Mood swings like a pendulum can swing from mania to depression and then again back to mania. In the maniacal phase the person may feel very elated and can become very creative. 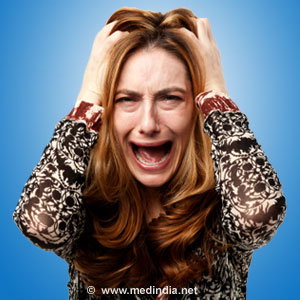 During the phase of mania the thoughts come quickly and the output of work can be exceptional. This is aptly described by John Ruskin in his writing -

I roll on like a ball, with this exception, that contrary to the usual laws of motion I have no friction to contend with in my mind, and of course have some difficulty in stopping myself when there is nothing else to stop meI am almost sick and giddy with the quantity of things in my head--trains of thought beginning and branching to infinity, crossing each other, and all tempting and wanting to be worked out. John Ruskin

Some people may feel suicidal during the phase of depression. Melancholia exist for no reason. Ralph Bartons an American artist wrote in his suicidal note -

Everyone who has known me and who hears of this will have a different hypothesis to offer to explain why I did it. Practically all of these hypothesis will be dramatic--and completely wrong. Any sane doctor knows that the reasons for suicide are invariably psychopathological. Difficulties in life merely precipitate the event--and the true suicide type manufactures his own difficulties. I have had few real difficulties. I have had, on the contrary, and exceptionally glamorous life--as lives go. And I have had more than my share of affection and appreciation. The most charming, intelligent, and important people I have known have liked me--and the list of my enemies is very flattering to me. I have always had excellent health. But, since my childhood, I have suffered with a melancholia which, in the past 5 years, has begun to show definite symptoms of manic-depressive insanity. It has prevented my getting anything like the full value out of my talents, and, for the past three years, has made work a torture to do at all. It has made it impossible for me to enjoy the simple pleasures of life that seem to get other people through. I have run from wife to wife, from house to house, and from country to country, in a ridiculous effort to escape from myself. In doing so, I am very much afraid that I have spread a good deal of unhappiness among the people who have loved me.

Mood swings can be also be sometimes quick.

Exact cause is unknown; heredity, changes in the level of neurotransmitters in brain, and psychosocial factors are thought to be involved. Diagnosis is made based on the history of the patient. Drugs and psychotherapy are resorted to for treatment.

Men and women are equally affected by bipolar disorders. These disorders usually begin in the teens, 20s, or 30s.

The mood swings can be either be extreme or maybe mild. 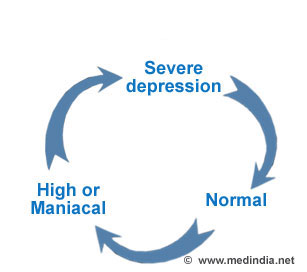 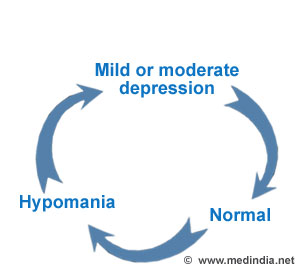 The global incidence of this disorder is similar among men and women and is found across all cultures and ethnic groups. It is estimated that 4% of people experience bipolar at some point in their life.

The exact cause of bipolar disorder is unknown. Heredity plays a significant role; it occurs more often in relatives of people with bipolar disorder. Dysregulation of chemicals that act as neurotransmitters in the brain is also thought to cause the disorder. Serotonin and epinephrine are two such neurotransmitters. One hypothesis states that depletion of these chemicals (known as monoamines) cause depression. The biochemistry and pathophysiology of bipolar disease are complex.

Psychosocial factors are thought to be involved. Though not established, stress is often associated with initial development of symptoms and later exacerbations. Disturbed family or marital relationships are also thought to act as triggers for episodes of bipolar disorder.

The following drugs may trigger exacerbations of the disorder:

Type I: People have had at least one manic episode (irrationally irritable or very good mood) and periods of depression. This type was formerly called manic depression.

Type II: People do not have full mania, i.e. symptoms are not extreme so as to be called mania. This may be referred to as hypomania. Hypomania alternates with episodes of depression.

Symptoms and Signs of Bipolar Disorder >>

Bipolar Drug Lacks Evidence
The long-term use of aripiprazole in maintenance of bipolar disorder is being questioned and is limited to a single trial.

Website To Help Caregivers Of Bipolar Patients
A new information website for the caregivers of people with bipolar disorder has been launched by researchers at Orygen Youth Health and the University of Melbourne.

Half of All Bipolar Disorder Patients Grapple With Work, Social or Family Disabilities
A study conducted at the University of Granada has found that 50 pc of patients with bipolar disorder suffer some type of work, social and family disability, and approximately 20 pc

Bipolar Disorder Cases Rising in US
More than four percent of the population in the United States suffers from bi-polar disorder, almost twice the global average