Ceramides, a family of lipid molecules found within cell membranes have been discovered as key players in the development of an early onset form of Parkinson's disease called Parkinsonism.

The study was conducted by researchers at Baylor College of Medicine and Texas Children's Hospital and published in the journal Cell Metabolism.
Scientists Discover Key Players in Parkinsons Disease

"Numerous genes have been associated with Parkinson's disease or Parkinson-like diseases; nevertheless, there is still little understanding of how these genes cause these conditions," said corresponding author Dr. Hugo Bellen, professor of molecular and human genetics and neuroscience at Baylor College of Medicine and an investigator at the Howard Hughes Medical Institute. "In this work, we have identified new contributors to the disease that we propose can provide a connection between previously unconnected genes and cellular defects observed in these diseases."


‘Previous studies have discovered many genes and cellular defects that have independently been associated with Parkinsons disease. The current study proposes that lipid molecules called ceramides could be the essence that ties all the earlier unconnected discoveries together.’


It all started when Dr. Guang Lin, a postdoctoral associate in molecular and human genetics who joined the laboratory of Dr. Bellen started his work on the human PLA2GA6 gene.

The laboratory focused on investigating what role phospholipase played in these diseases.

The fly equivalent of the human PLA2GA6 gene is called iPLA2-VIA which is expressed in neurons and may be other cell types. Lin and his colleagues developed a fruit fly model of the human condition by knocking out the iPLA2-VIA gene or making it non-functional.

However, contrary to their expectation, they found that the lack of iPLA2-VIA gene did not produce any changes in phospholipids, but rather increased the amounts of almost all the ceramides that are important for membrane structure and function.

It was now evident that the iPLA2-VIA gene plays a role in the pathway that produces ceramides.

Ceramides are waxy lipid molecules found in high concentrations within the cell membranes. They make up sphingomyelin, one of the major lipids in the lipid bilayer. Earlier ceramides and other sphingolipids were purely supporting structural elements, but now ceramide is known to participate in a variety of physiological functions including programmed cell death or apoptosis, cell growth arrest, differentiation, and proliferation.

Ceramide and its downstream metabolites are suggested to play a role in a number of pathological states including cancer, neurodegeneration, diabetes, microbial pathogenesis, obesity, and inflammation.

When two drugs that blocked ceramide synthesis (desipramine and myriocin) were tested on the mutant flies, the scientists found that there were decreased amounts of ceramides as well as
When compared with mutant flies not treated with the drug.

So, it seemed obvious that the increased amounts of ceramides were instrumental in the structural and functional changes or defects of the neurons.

The balanced supply of ceramide-derived lipids in the cell membranes is maintained by reusing (done by retromer proteins) and recycling (done by lysosomes) them. Retromers bring the lipids back to membranes via intracellular trafficking. The remaining lipids are recycled back by lysosomes where they are broken down into ceramides which then go back to the membranes.

In the mutant flies, the increased levels of ceramide stiffen the membranes. The function of the retromer is disrupted and there is more lipid shuttling to the lysosomes to produce more ceramides. This creates a positive-feedback loop that causes ceramides to accumulate and leads to neurodegeneration in flies lacking the iPLA2-VIA gene (due to the disruption of the ceramide balance).

The scientists found that the lack of the iPLA2-VIA protein resulted in less Vps35 and Vps26 (retromer proteins) and caused the disruption of retromer function, implying a new role for iPLA2-VIA protein, that of stabilizing retromers and their function. The researchers also confirmed that the lysosomes actually do extra work and expand due to defective retromers. Also, restoring retromer function resulted in an improvement of the defects that were observed in the mutant fruit flies.

The researchers also found that high levels of alpha-synuclein (a hallmark of Parkinson's disease in vertebrate neurons) lead to the same changes like retromer dysfunction, lysosomal expansion and ceramide accumulation. Again, the defects reduced by treatment with the same drugs that improved the defects observed in fruit flies lacking the iPLA2-VIA gene.

The scientists have thus suggested a new mechanism that can lead to the Parkinson's disease.

"We show that loss of phospholipase PLA2G6 leads to ceramide accumulation, defects in retromer function, progressive lysosome expansion and, finally, to progressive neurodegeneration with characteristics in common with those observed in Parkinson's disease. And the same drugs that interfere with ceramide synthesis also ameliorate the condition. We also found a place for alpha-synuclein in the disease puzzle," Lin said. 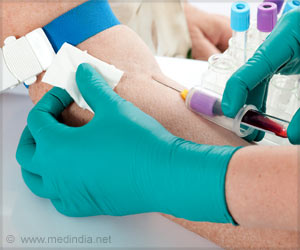 Ceramide Score Might be A Better Predictor Than Cholesterol for Heart Disease
High levels of ceramides in the blood indicate the risk of heart disease in those without previous blocks or elevated LDL cholesterol levels.
READ MORE