Role For Natural Killer Cells In Pregnancy/Miscarriage - Decoding the Puzzle

It has been known for long that the lining of the uterus contains dynamically active natural killer cells but until now their function remained a mystery.
Role of Natural Killer Cells In Recurrent Miscarriages Unearthed


Natural killer cells in the uterine lining may play a crucial role in each menstrual cycle to prepare it to receive the implanted embryo in case of possible pregnancy. A defect or imbalance of this function might result in recurrent miscarriages, according to a recent study conducted at the University of Warwick and University Hospitals Coventry and Warwickshire (UHCW) NHS Trust.

Current study titled "Clearance of senescent decidual cells by uterine natural killer cells in cycling human endometrium" appears in eLife discovered two major functions performed by the natural killer cells in the lining of the uterus.
However, this process is not always perfect and sometimes too many cells may be cleared, while at other times, not enough of these cells are cleared to make space for the embryo.


‘Excessive removal of senescent decidual cells by NK cells or too little clearance, both could result in recurrent miscarriages ’


Lead author Professor Jan Brosens who is based at the Division of Biomedical Sciences Warwick Medical School said: "A good analogy is Swiss cheese - without holes, the embryo has nowhere to go which will cause implantation failure; but if the holes are too large, the tissue will physically collapse and lead to miscarriage."

This imbalance, can either be short-lived or continue over several successive cycles, explaining the reason for high degree of early pregnancy loss despite the high overall live birth rate that is characteristic of the human race.

Overall, 2111 endometrial biopsies were studied that were donated by women who attended the Implantation Research Clinic at UHCW NHS Trust. The team looked at the senescent lining cells of the womb and the natural killer cells in the uterine lining.
The findings of the study seem to suggest that the old and senescent cells lining the uterus are necessary for producing the so called "implantation" signal in the womb.

Prof. Brosens added: "We hope in the future this new information will be used to screen women at risk of reproductive failure. Furthermore, our findings suggest new treatment options for women suffering recurrent miscarriages or recurrent IVF failure."

Natural killer cells are a special type of lymphocytes (a type of white blood cell) i.e. large granular lymphocytes and are a crucial component of the innate immune system. They play a major 'first line of defence' role in protecting the body against viral and bacterial infections and against growth of cancer cells.

These cells have been so named as they have the ability to "naturally kill" or destroy invading cells (microbes) or tumor cells without the need for any activation or priming. This is an important property as other immune cells can only recognize invading cells that have certain markers /antigens (eg major histocompatibility or MHC1 antigens) on their surface.


Prior Research on NK Cells In The Womb - Conflicting Results

In order to elucidate the possible role of the uterine NK (uNK) cells several studies have been conducted, many of them based on the hypothesis that NK cells might play a role in recurrent miscarriages or pregnancy failure in women
In the background of several contradictory research outcomes, the findings of this study seem to suggest that an appropriate degree of uNK activation and function is necessary for successful pregnancy. However more studies may be necessary to further elucidate the role of senescent cells and/or uNK cells to frame guidelines for screening and predicting miscarriage risk.

Upset Body Clock Genes may be A Possible Reason Behind Recurrent Miscarriages
By identifying the causes behind recurrent miscarriages, it has made it easier for fertility experts to help more prospective parents than ever before.
READ MORE 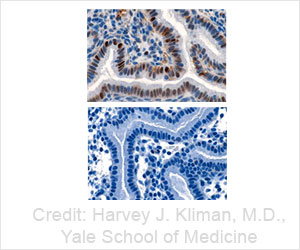 Maternal Death
Maternal mortality or maternal death refers to the death of a woman occurring during her pregnancy or less than 42 days of childbirth, termination or miscarriage due to pregnancy-related complications and treatment.
READ MORE