Cortisol, a natural hormone present in the body could be potentially used for treating and preventing Parkinson's disease, a debilitating degenerative brain disorder, according to a study conducted by scientists at the DGIST (Daegu Gyeonbuk Institute of Science and Technology) in Korea.


Until now there is no cure in sight for Parkinson's disease. It is known that a mutation causing decreased expression of parkin protein induces PD by causing death of dopaminergic neurons in the brain.


‘Since cortisol is a physiological hormone, maintaining its optimal levels could be a potential preventive measure and treatment option for Parkinsons disease.’


The research team performed assays to evaluate gene expression, using a wide range of chemicals to identify substances that could increase parkin expression. The team hoped that their research would succeed in finding a potential cure for this debilitating condition.

To evaluate levels of parkin expression, the team of scientists performed a luciferase assay employing various chemicals in cell and animal model based experiments. Among the various chemicals tested that were found to increase the levels of parkin protein expression, the following results were observed.
Role of Parkin Gene and Protein in Parkinsonism

The PRKN gene provides instructions for the expression of a protein called parkin. This protein parkin is critical to the removal of damaged organelles, unwanted and toxic cellular accumulations by tagging them to molecules termed ubiquitin. The ubiquitin then disposes these cellular toxic accumulations via specialized structures called proteasomes.

Thus the parkin-ubiquitin-proteasome pathway is very important in disposing unwanted and toxic substances and preventing oxidative stress induced damage of the neurons in the brain.

When this cellular scavenging system goes awry, there is damage to and destruction of the dopaminergic neurons in the brain leading to Parkinson's disease.

PD is a neurodegenerative disease usually affecting the elderly characterized by tremor, postural and movement difficulties and is a debilitating condition.

The findings of the study suggest that PD patients, especially those with an impaired hypothalamic-pituitary (HPA) axis resulting in low serum cortisol levels, would benefit from therapeutic supplementation of hydrocortisone.

More research may be required before establishing the safety and efficacy of hydrocortisone in PD, but initial findings appear promising.

The senior researcher Yoon-Il Lee stated "The significance of this study is that it has identified that the expression of parkin protein induced by a moderate level of stress hormone cortisol could be an important factor in maintaining the viability of dopaminergic neurons. We will continue to conduct follow-up studies such as clinical studies so that the Parkinson's disease will be curable in the future."

Loss of Parkin Protein Function Could Contribute to Age-Related Diseases
Parkin is known to regulate the degradation of mitochondria that are cellular organelles that generate energy required for a multitude of cellular functions.
READ MORE 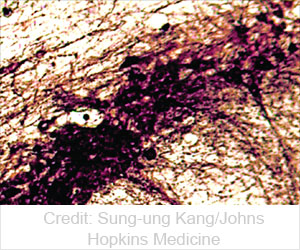 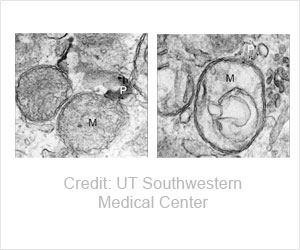 Damaged Mitochondria Associated With Aging and Cancer Can Be Removed Using a New Process
A new process used by cells is identified to remove damaged mitochondria that are associated with cancer and aging.
READ MORE