A simple eye test known as Detection of Apoptosing Retinal Cells or DARC, has been developed to help in early detection of the condition that leads to irreversible blindness, glaucoma.

The test developed by a research team from the University College London (UCL) and the Western Eye Hospital, allows doctors to view the death of individual nerve cells, at the back of the eye.
Simple Glaucoma Test Facilitates Early Diagnosis, Prevents Blindness


The findings are published in the journal BRAIN.


‘The visualization of the fluorescent signals in the neuronal cells of the eye, provides an opportunity for the identification and assessment of neurodegenerative diseases like glaucoma.’


When there is an accumulation of fluid in the front part of the eye, it leads to an increase in eye pressure, causing damage to the optic nerve. Eventually, it leads to blindness.

The blindness in glaucoma is as a result of the death of retinal nerve cells, known as retinal ganglion cells (RGC), at the back of the eyes. As the disease progresses, it results in the loss of more cells. This process of cell death is called apoptosis.

Blindness occurs because majority of the patients suffering from glaucoma are asymptomatic which results in late diagnosis of the condition, often when vision loss has already set in.

According to the WHO, glaucoma is the second leading cause of blindness.

Glaucoma affects 60 million people in the world and around 1 in 10 suffering from the condition suffer from loss of sight in both eyes. Though this condition affects older people primarily, 1 in 10,000 babies born in the U.S is likely to be affected by it.

In America, around 3 million people have glaucoma and about 120,000 are blind from the condition.

The new test, DARC, will help in early detection of the condition, followed by prompt treatment that can help prevent loss of sight.

The test can be used for the potential diagnosis of other neurodegenerative conditions like Parkinson's, Alzheimer's and multiple sclerosis.

The test helps in the detection of the dying or apoptosing cells of the retina and the technique is called DARC or Detection of Apoptosing Retinal Cells.

A specially developed fluorescent marker is injected into the patients. The marker attaches to the cell proteins. On examination, the dying retinal nerve cells appear as white fluorescent spots.

For examination, the equipment is used commonly during routine hospital eye examinations.

The first clinical trial was carried out on a small number of glaucoma patients and compared with tests on healthy people. This helped to establish the safety of the test for patients.

Professor Francesca Cordeiro at UCL Institute of Ophthalmology, who led the research, said "Detecting glaucoma early is vital as symptoms are not always obvious. Although detection has been improving, most patients have lost a third of vision by the time they are diagnosed. Now, for the first time, we have been able to show individual cell death and detect the earliest signs of glaucoma. While we cannot cure the disease, our test means treatment can start before symptoms begin. In the future, the test could also be used to diagnose other neurodegenerative diseases."

Professor Philip Bloom, Chief Investigator at Western Eye Hospital, part of Imperial College Healthcare NHS Trust, added: "Treatment is much more successful when it is begun in early stages of the disease, when sight loss is minimal. Our developments mean we could diagnose patients 10 years earlier than was previously possible."

Bethan Hughes, from Wellcome's Innovation team said "This innovation has the potential to transform lives for those who suffer loss of sight through glaucoma, and offers hope of a breakthrough in early diagnosis of other neurodegenerative diseases. Loss of sight as you age is an incredibly difficult disability, impacting quality of life and independence."

Eventually, researchers hope that DARC can be simplified for opticians to handle, which will enable the earlier detection of the disease.

Further investigations are needed for the DARC test, so that it can be used not only to diagnose and treat glaucoma patients but also other neurodegenerative conditions like Parkinson's disease, Alzheimer's and Multiple Sclerosis. 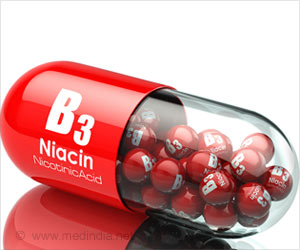 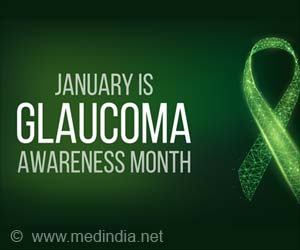