Indian scientists have identified 150 potential molecular inhibitors of Nipah virus, based on structural information of the virus. The discovery is of immense importance as no licensed drugs against Nipah virus currently exist.

The study, published in PLOS Neglected Tropical Diseases, was led by Dr. M.S. Madhusudhan, PhD, who is an Associate Professor of Bioinformatics and Structural Biology at the Indian Institute of Science Education and Research (IISER), Pune, India.

Nipah virus is named after a village called Kampung Sungai Nipah in Malaysia, where it was first isolated from a Nipah virus-infected patient in 1998, who eventually died from the infection. Nipah virus is an RNA (ribonucleic acid) virus, which belongs to the Family Paramyxoviridae and genus Henipavirus.
Nipah Virus: New Drugs on the Horizon

Nipah virus encephalitis is an important emerging zoonotic disease that is transmitted by fruit bats, which are also known as 'flying foxes'. These fruit bats belong to the Family Pteropodidae and genus Pteropus and are the natural hosts of the Nipah virus.

The first outbreak of Nipah occurred in 1998 in peninsular Malaysia from September 1998 to April 1999, which subsequently spread to Singapore through imported pigs from Malaysia that were infected with the Nipah virus. Other major outbreaks include the Meherpur outbreak in Bangladesh and the Siliguri outbreak in West Bengal, India. Both of these outbreaks occurred in 2001, which killed 72-86 percent of infected individuals. Another major outbreak occurred in 2007 in Nadia, West Bengal, India. Subsequently, minor outbreaks have been reported from Kerala in 2018 and 2019.


Salient Features of the Study

Madhusudhan concludes: "It is highly likely that the proposed inhibitors would be potent against all strains of Nipah virus and other related zoonotic viruses that pose a serious epidemic threat." He adds: "Computational approaches can help identify and design inhibitors that could be rapidly tested or even deployed."

The study was funded by the Wellcome Trust-DBT India Alliance, the Council of Scientific & Industrial Research (CSIR), and the Department of Science & Technology, Government of India.


‘New drug molecules against Nipah virus have been developed by computerized 3D structural modeling. The inhibitors can block transmission of 15 different Nipah virus strains and could potentially cure the disease.’
Read More..

Eight Districts in Karnataka on High Alert Against Nipah Virus
After Kerala, Nipah virus scare is spread to Karnataka where eight districts have been put on high alert to check for Nipah virus
READ MORE 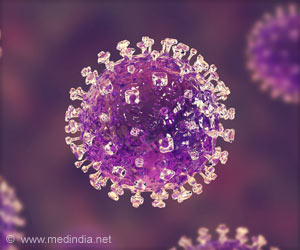 Nipah and Hendra Viruses Can be Blocked by Potent Antibody
Nipah and Hendra virus transmission can be blocked by a new monoclonal antibody that inhibits both viruses. The antibody prevents the viruses from attaching and fusing to host cells, thereby halting the infection.
READ MORE