Scientists suggest that a molecule called interferon may play a role in premature aging. They found that DNA damage that is normally associated with aging stimulates interferon signaling, which in turn may cause features of premature aging.

As far back in history as one can look, the human mind has been preoccupied with the pursuit of eternal life, immortality, longevity and youth. While such pursuits have for the most part been futile, science has revealed a lot when it comes to the natural process of aging. With the advances made in modern medicine and the overall quality of life, the human lifespan has been greatly increased, but this has brought with it the problem of aging. Length of life is not worth much if it is severely compromised by the degenerative effects of aging and this is a problem that scientists have been struggling to tackle. A study at the University of Pennsylvania suggests that researchers may have just made a breakthrough.


The Effects of Aging Explained - Damage to DNA causes Aging

Damage to DNA has been an unavoidable part of the aging process that occurs over time, and as we age the body's ability to repair such damage also begins to diminish, resulting in a cumulative effect. This effect is seen as aging. Scientists postulated that over time, the extent of damage reaches a point where cells enter an irreversible and dormant state known as senescence. This condition of cellular senescence is said to cause the symptoms that we associate with aging such as weakened bones, wrinkling of the skin with a loss of elasticity and reduced efficiency in organ functioning.


Progeria is a condition in which the individual experiences premature aging and this is also linked with DNA damage. It results from genetic mutations in the specific genes that normally determine the repair of damaged DNA. Researchers at the University of Pennsylvania have now established a molecular link between the phenomena of DNA damage and cellular senescence, and progeria or premature aging.

Findings of the Study and Implications

Once the key players in the process are identified, scientists will be able to establish specific therapeutic targets so as to counter the ill effects of premature aging and they may even hold the key to delaying the natural effects of the aging process. According to the paper published in 'Cell Reports', the researchers examined the chemical messenger interferon, which is a naturally produced molecule in the body. It is produced as a response to the onslaught of invading pathogens. The team at Penn found that interferon signaling ramps up in response to breaks in double stranded DNA and they found that this signaling is what prompts the cells to enter senescence.

The researchers were initially uncertain about the role of interferon signaling and whether it was DNA damage in itself or some other unknown aspect of cell destruction that led to interferon induction. The experiment finally gave researchers an insight into the effect of DNA damage on interferon signaling. They found that interferon protein IFNβ levels rose along with levels of a reporter molecule tied to interferon production when DNA damage with double-stranded breaks in DNA were created using an experimental technique. Levels of IFNβ were also found to be markedly higher in older patients with progerias and also in mice with a progeria-like condition.

The researchers experimented with a model of progeria in mice, wherein they inactivated the interferon signaling pathways. What this revealed could turn out to be a game changer. By inactivating these pathways, they found that the lives of the mice were extended. In addition, the mice were more fertile, there was less greying of the hair and they were also a lot more robust, large and healthy, as compared to mice with active interferon pathways. The significance of these findings became apparent to the researches as they recognized that some of the effects of DNA damage could possibly be managed through blocking interferon signaling.

The researchers found that IFNβ blocking drugs could help to lower the number of cells entering senescence, which also made it apparent that senescence was triggered by interferon signaling.

Significance of the Findings

Stress may Cause Premature Aging in People Who Buy or Sell Homes
A new study has revealed that the stress associated with such a move would make you feel at least two years older.
READ MORE

Vitamin D Prevents and Treats Diseases Caused With Aging
When you feel the sun shine in your face, take heart in knowing that it helps prevent chronic diseases during your sunset years.
READ MORE 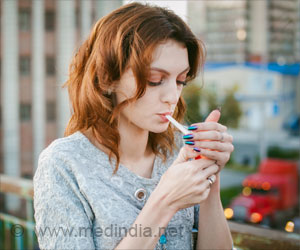