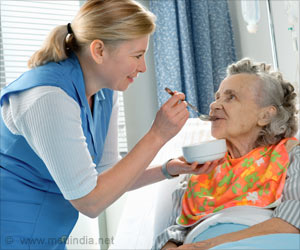 Health care needs are substantially greater among senior citizens or those aged 65 years and older. The rapidly increasing diversity and number of older adults is also bound to produce unprecedented demands on aging services including the health care system.

Since these older adults usually experience high rates of chronic illness (diabetes mellitus,cardiac conditions, dementia, arthritis etc.) and multi-morbidities, it becomes imperative to use variety of health services as well as care providers. The ultimate goal should be to promote healthy, productive and high quality living as well as to improve life expectancy.


Community-based primary health care (CBPHC) provides a range of primary prevention and primary care services such as health promotion and disease prevention, diagnosis,treatment and management of chronic and episodic illnesses, rehabilitation support and end-of-life care among others. The primary goal of CBPHC is continuity of patient care, ease of movement across the system as well as improved system integration.


However,it has been seen that in Canada, the health care system is characterized by fragmentation of services, with deficits in transitional care and coordination with minimal effort to support patients to manage their conditions. Since the existing models of community-based primary health care were very limited in serving the older adults, a study was undertaken to see what kinds of barriers and facilitators were encountered by older adults when trying to access community-based primary care as well as to get inputs from clients, informal caregivers and health care providers. The study also hoped to find solutions to overcome these barriers and strengthen the facilitators.

Analysis of data was done using a combination of directed and emergent coding. Directed coding was used to classify the data into three domains: barriers, facilitators, and recommended system improvements. This was followed by the use of emergent coding to reveal or uncover the themes within each domain including highly specific as well as abstract themes. Several themes and subthemes were generated for each of the three domains.

Barriers to CBPHC were found to be: lack of communication between patients and providers, complexity of the system which was difficult to navigate through, limited information flow to doctors and clients, improper and inconsistent follow-up care, inconsistent service delivery, funding and policy issues.

Facilitators to CBPHC were found to be: person and family focused care (also known as patient-centered care), increased self-management resources with patient involvement which leads to increased positive feelings about their health and successful collaborative practice.

The results, which were shared with the study participants during the feedback sessions, showed that policies were needed to support the health care services within a complex and changing health system, so that a system-wide shift can occur in the true sense. This study allowed for consensus on the barriers, facilitators as well as areas for improvement with respect to older persons accessing CBPHC. These results can be used to reform primary health care at multiple levels, to allow for greater engagement of clients and families in the way care is provided.

One of the primary limitations of the study was that since the focus group interviews were held in community settings, the results mainly reflected the perspective of healthier older adults since patients who were very ill possibly could not attend the interview.

The study hopes to bring about a change in the system to minimize the frustrating obstacles faced by older adults when trying to access CBPHC. However, they suggest that additional work is warranted to implement the recommended improvements and to discern their impact on patient and system outcomes. 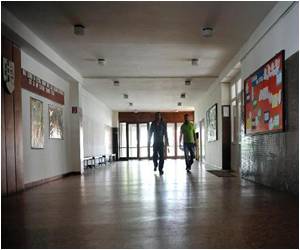 New 3-year BSc Community Health Programme Gets Government Approval
The Indian government issued a directive to the health ministry to progress with the scheme that seeks to create a mid-level rural health cadre of professionals.
READ MORE