Written by Dr. Lakshmi Venkataraman, MD
Article Reviewed by The Medindia Medical Review Team on May 9, 2017 at 10:18 PM
Health In Focus

Accessory bone designed by bioengineering professor Shyni Varghese and her team at the UC San Diego Jacobs School of Engineering can be implanted under the skin where they have their unique space to grow without competition from host marrow cells, eliminating the need for the latter cells to be wiped out unnecessary.

Aim of the Research

The aim of this research was to make bone marrow transplant safe and free from unwanted side effects for the patient.
Lab Designed Bone Marrow Implant Makes Marrow Transplant Safer

Usually, the patient's marrow is pre-treated with irradiation prior to a marrow transplant to destroy host cells and create space for donor cells to grow. The pre-treatment is done to improve the chances of success of bone marrow transplant but is associated with undesirable side effects such as fatigue, nausea, vomiting, and infertility.


‘Marrow produced by tissue engineering technology could successfully and safely treat bone marrow diseases caused due to immune damage and aplastic anemia, in the future.’


The engineered marrow used in the study eliminated the need for such irradiation, making the transplant safer. "We've made an accessory bone that can separately accommodate donor cells. This way, we can keep the host cells and bypass irradiation," Varghese said.

Details And Results of the Current Research
"We did these experiments to show that the bone marrow cells from the engineered bone tissues function similar to native bone," said Yu-Ru (Vernon) Shih, a research scientist in Varghese's lab and the study's first author.

Scope of the Research

However, bone marrow implants can only be used in non-cancerous lesions of the marrow, since in case of malignancy, pre-treatment radiation of marrow is essential to wipe out the cancer cells before a bone marrow transplant can be done. Varghese reiterates this and cautions that these implants would be limited to patients with non-malignant bone marrow diseases, where there are no cancerous cells that need to be eliminated.

The research team is using this model to produce more bone marrow stem cells that may find applications in cell transplantations in the future. 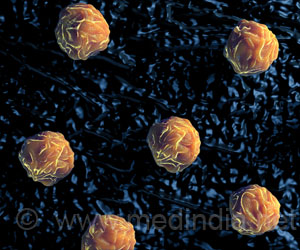