Global Kidney Health Atlas: Disease Burden and Inequity in Access to Kidney Care on the Rise

The Global Kidney Health Atlas incorporates the findings of a global study on the burden of kidney disease and access to kidney care. The Atlas highlights various facets of optimal kidney care, such as quality, affordability, and accessibility to kidney healthcare services.

The 2019 Global Kidney Health Atlas findings are being presented by the International Society of Nephrology (ISN) in Melbourne, Australia. The results highlight the current status of kidney healthcare infrastructure across 160 countries, which contain over 98 percent of the world's population. The Atlas provides an exhaustive overview of the current health capacity for kidney care across the globe.

The Global Kidney Health Atlas originated in 2017, when the first Atlas was presented at the World Congress of Nephrology, held in Mexico. At that time, there was great variability in access to kidney care across all the World Health Organization regions, especially the low and lower-middle income countries.
Global Kidney Health Atlas: Disease Burden and Inequity in Access to Kidney Care on the Rise


It was the first systematic endeavor to collect data on access to health information, medications, financial, and human resources, as well as models for service delivery and R&D in the area of chronic kidney disease (CKD), which affects 10 percent of the global population. The current 2019 Atlas is the second installment after the 2017 Atlas.

The major barriers that prevent access to optimal kidney care, as reported by various countries across the globe, are briefly highlighted below:

The 2019 Global Kidney Health Atlas is in favor of promoting public-funded non-dialysis treatments for delaying progression of kidney diseases as a worldwide goal. This is aimed at addressing the urgent issues of rising disease burden and increasing kidney care expenses, especially for high-end interventions such as hemodialysis and kidney transplantation.


‘The 2019 Global Kidney Health Atlas highlights the burden of kidney disease and inequity in access to kidney care across the world and suggests urgent remedial measures.’
Read More.. 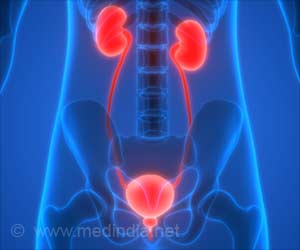