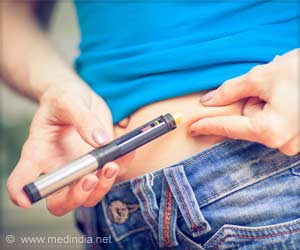 While a predominant part of the diabetic population is affected with Type 2 diabetes. this is majorly observed in adults and can be prevented through lifestyle changes. Whereas, Type 1 diabetes accounts only for a minor portion of the diabetic population. However, it is also the most threatening as it cannot be cured nor can it be prevented. Early diagnosis is vital in limiting the progression of the disease. In the first study of its kind, researchers have identified the genetic factors involved which may predispose an individual to late onset type 1 diabetes.


What is Type 1 Diabetes?

T1D is an autoimmune disease where the body's own cells attack the cells in the pancreas called the islets, which are responsible for producing a chemical called insulin. Insulin allows the body cells to take up sugar, thereby reducing the sugar levels in the bloodstream. In T1D, a sufficient number of insulin producing cells are destroyed which results in very low or no insulin production by the pancreas. This ultimately results in high sugar levels.

Over time, T1D complications may affect all major organs in the body including heart, kidney, eyes and nerves as well.

T1D was previously called juvenile or childhood - onset diabetes. This was due to the fact that T1D usually affected children and young adults. In recent years, T1D was also diagnosed in adults above the age of 30; in this case, it is called late onset type 1 diabetes.
Listen to this news
0:00/0:00


Predisposition to late onset T1D is in your genes

In the fist study of its kind, researchers suggest that there are certain genetic alterations in different genes that predispose an individual to develop late onset T1D. This could explain why some people develop T1D at childhood and others well into adulthood.


Genes associated with regulation of the immune system in humans are known to be linked to risk of developing T1D. These genes are the DR3 and DR4 alleles of the group of genes called the HLA complex, which regulated the human immune system.

Diabetes
A comprehensive article on diabetes - both Type 1 and Type 2 diabetes, including : causes, signs, symptoms, diagnosis, treatment, facts and a glossary on diabetes.
Advertisement
Researchers at the University of Exeter, UK, investigated whether the high risk of T1D that is seen in children with DR3 and DR4 genotypes persists into adulthood.

Every gene has two alleles, one is inherited from each parent.

The strongest risk factor for late onset T1D is when these two allelic variants (DR3 and DR4) are inherited in pairs.

The research team analyzed the development of T1D in 120,000 individuals from birth till the age of 60 in individuals who had the highest risk HLA group.

The study finding was surprising. It was observed that although the high risk individuals formed only 6.4% of the UK population, the very same individuals contributed to 61% of all cases of type 1 diabetes.

'Medicinal Food' Prevents Onset of Type 1 Diabetes
The by product of starch metabolism produces high amounts of the short-chain fatty acids acetate and butyrate that help to prevent onset of type 1 diabetes.