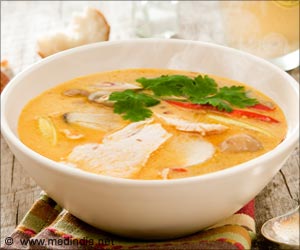 A component of chicken meat may improve cognitive or mental function, claims a recent study.

A number of natural products have been used from time immemorial to improve memory and learning capabilities. Some of these like gingko biloba have been found to provide some benefits. Many others are popular without any evidence.

An aqueous extract of chicken called the essence of chicken that is produced under certain conditions is known to improve cognitive performance in terms of working memory, attention and episodic memory. The extract is rich in protein and antioxidants. Research has led to the development of a similar chicken extract called chicken meat ingredient-168 (CMI-168). This is produced in a manner similar to essence of chicken, but with a more advanced and optimized process. Prior data from studies in mice had indicated that the extract improves learning and memory functions.

The subjects had to undergo psychological assessments and tests for cognitive function at the beginning of the study and at the end i.e. at 6 weeks. The tests were also repeated at 8 weeks to see if the effects of the preparation lasted beyond the intake of the supplementation.

A total of 20 subjects completed the study. Out of these, 10 received the supplementation while 10 others belonged to the control group. None of the subjects suffered from any side effects due to the medication.

Thus, the researchers feel that CMI-168 could help to improve cognitive functions. However, this was only a pilot study conducted on very few individuals. The actual effect of the extract can only be confirmed if the study is repeated in a larger number of individuals. It would also be necessary to ensure that vegetarians are not prescribed the extract by mistake or without their informed consent.

Health Benefits of Low-cost Soy Chicken
University of Missouri scientists have developed a soy substitute for chicken which is much like the real thing and also has health benefits.
READ MORE 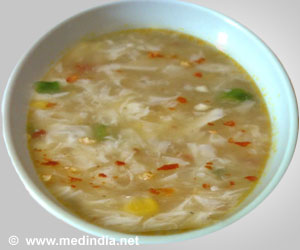 Chicken Soup to Fight Flu
A new research has revealed that it might be possible to control the symptoms of flu with the help of certain foods.
READ MORE

Health Foods for the 40 Plus
Certain foods provide health benefits especially in people over the age of 40 years. Read ahead to find out which are these foods!
READ MORE