Blood-Brain Barrier on a Chip

The blood-brain barrier is a diffusion barrier that separates the brain from the circulatory system, protecting the central nervous system from harmful chemicals that may be potentially carried by the circulatory system. It helps in the transport of nutrient and ensures a stable environment. It is a network of special cells that include endothelial cells, astrocytes and pericytes.

Researchers from Vanderbilt Institute for Integrative Biosystems Research and Education (VIIBRE) have developed a device that is microfluidic and which has overcome limitations faced by other such devices. This microfluidic device was designed to study inflammation that occurs in the brain.

Blood-Brain Barrier on a Chip


Brain inflammation is a severe condition, also dubbed "the silent killer" due to the absence of pain associated with this condition. Brain inflammation has been found to lead to Parkinson's, Alzheimer's and other neurodegenerative diseases. Some studies have even shown that inflammation in the brain could lead to depression and schizophrenia.


Importance of Studying the Blood-Brain Barrier

Neurovascular Unit on a Chip

The device has many advantages over the previous models and the structure dimensions are
The two barriers are independently attached to microchannels which are attached to micropumps which allow individual sampling and perfusion.

An artificial blood-brain barrier is created by placing the device with the blood-barrier on top and then injecting the barrier with specialized endothelial cells. The endothelial cells form shapeless blobs initially, however, when a steady flow of liquid is allowed, they align themselves parallel to the flow of blood.

The researchers in the study state that the technique can be modified to include individual patient cells to understand specific response to drug therapy.

The researchers conducted a lot of tests after the device was developed to understand how it functions, the device "passed with flying colors" according to Jacquelyn Brown who is the first author of the study and a VIIBRE Scientific staff.

The researchers claim that the device has reached a state of efficiency where it can be used to test various drugs. This will allow a better understanding of how cognitive processes function and will help solve mysteries that are associated with mental decline.

The device has provided a continuous model of the inflammation process as it is dynamic and can be continuously monitored. The response of the brain as well as the blood-brain barriers in response to inflammation was studied using this device.

The researchers exposed the device to a large molecule that is found on the surface of a large bacterium called lipopolysaccharide and to a group of small molecules called cytokines. The blood-brain barrier device began to increase the process of protein synthesis. As a next step, the scientists would like to determine the type of proteins that are synthesized. 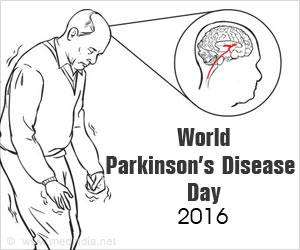 World Parkinsons Day 2016
World Parkinson's day is observed on April 11th to raise awareness on the condition and extend support to people living with this degenerative disorder.
READ MORE