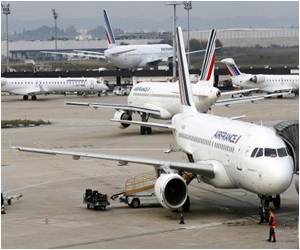 Andreas Lubitz, the co-pilot of Germanwings Flight 9525 who authorities accuse of deliberately crashing the plane, told his Lufthansa flight training school in 2009 that he had a "previous episode of severe depression," the airline said.

The firm had said last week that Lubitz had taken a break from flight school training, but refused to say why, reported the BBC.

It has now shared emails from 2009 which showed that Lubitz had told his instructors that he had suffered from "severe depression."


Meanwhile, French authorities said that the remains of all the victims had been removed from the ravine where the plane crashed. They added that mountain troops would return to the site on Wednesday to search for personal belongings.

The search for the second flight recorder will also continue.

Shock Treatment Could Be an Alternative to Treat Chronic Depression
If you're suffering from depression and do not respond to conventional medications, an American ......

Female Victims Of Domestic Violence at Higher Risk for Depression, Psychotic Problems
The study showed that women who were victims of domestic violence had a three times higher risk of ....