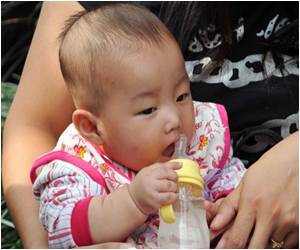 In Rajasthan's capital Jaipur, a state-run women milk bank has been opened, which would store milk from donating lactating mothers that can be used for feeding infants who are deprived of it. The state government launched the bank in collaboration with an non-governmental organisation. The infants will get free of cost milk from lactating mothers who willingly donate it.

According to officials at the unit, infant mortality rate is very high in Rajasthan due to high non-availability of mother's milk on time.

Baby formula, that is used to feed infants, was found to have more urinary arsenic level than breast milk, in a new study.
Advertisement

"We have seen that in our country the mortality rate of infants is too high and for that a lot of schemes were also started by the chief minister. One of such scheme was the Janani Suraksha Yojana (Safe Motherhood Scheme). In this scheme, we said that all the deliveries should be in hospitals and similar facilities for it should be provided. But in the end we saw that the mortality rate did not decrease. After doing extensive research, the main reason we found out was that there were a lot of distance between the mother and the infant. Lot of problems arise when first milk that is fed by the mother to her child is considerably delayed," said Dr. Sheela Sharma, human milk bank in-charge.


The process of donation starts only after the donors are screened and medically tested for HIV, Syphilis, Hepatitis and other diseases. This is followed by pasteurization of milk that takes around three months. The centre has benefited many mothers who suffer from hyper-lactation and infants whose mothers are ill.

The first government-run women milk bank was opened in Kolkata.

The new study found that microbial contaminants in milk include infectious Salmonella, Campylobacter, and Listeria species along with the Escherichia coli type O157:H7.
Advertisement
Advertisement

Past studies have linked dairy foods to good bone health. Nevertheless newer studies are being published and ...