Shock Treatment Could Be an Alternative to Treat Chronic Depression

Shock treatment can provide an effective alternative for people suffering from major depression who do not respond to conventional medications, confirm researchers, including one of Indian origin.

Electroconvulsive therapy (ECT), sometimes referred to as shock treatment, change certain areas of the brain that play a role in how people feel, learn and respond to positive and negative environmental factors, the findings, published in the online in Biological Psychiatry, showed.


"ECT has been shown to be very effective for treating patients with major depression who do not respond well to other treatments," said Dr.Shantanu Joshi, study lead and assistant professor of neurology at University of California, Los Angeles.


ECT, which has been used for more than 50 years, carries with it a certain stigma. "But within the last decade, advances in anesthesia, electrical stimulation equipment and new evidence about electrode lead placement have improved safety and reduced side effects," Joshi pointed out. Further advances in high-resolution MRI also allow the measurement of the induced brain changes with improved accuracy and precision.

"During the treatment course, ECT leads to plastic changes in the brain that are linked with improvements in mood. Specifically, the hippocampus and amygdala  important for memory and emotion  are shown to increase in size," Joshi explained.

In this study, the team imaged 43 patients undergoing ECT at three time points, before beginning treatment, after the second ECT session and within one week of completing treatment, resulting in 129 brain scans.

They also imaged 32 healthy controls twice, and compared those images to the ECT patients. 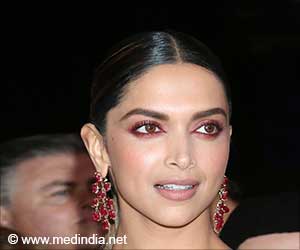 Treat Depression Naturally With the help of Roseroot Herb
Roseroot herb could be a potential treatment option for depression as patients treated with the natural medicine showed improvement in depressive symptoms and also experienced lesser side effects.
READ MORE