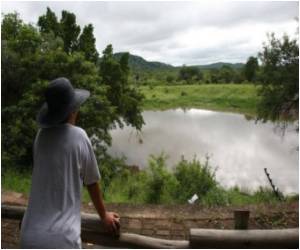 Papyrus reeds in Gabon's Lake Anengue cut off villages around it from access to the outside world so much so that many people have left their homes and gone away.

"This is like a prison in the middle of the forest, when the entrance to the lake is blocked up," bemoaned a fisherman, Douglas, as he repaired his nets. "Some villages have been depopulated. Farmers and fishermen have left for other parts of the province.


"Anengue has lost its reputation as the food store for Port Gentil," the oil city on Gabon's southern Atlantic coast, Douglas said.


Villages such as Issinga, Foulameyong, Tchieguifuala, Bissoma, Ipedi and Paguielou, which were known for their farm produce, have been losing people, and about 2,700 residents now live in 26 villages by the lake.

Three hours by dug-out canoe from Port-Gentil, Lake Anengue, located some 90 kilometres (55 miles) from the Ogooue delta, is lost in the middle of a vast equatorial forest.

Owonga, a passage between the tall papyrus reeds, is the only way in and out of the lake.

"When the passage is closed, we're cut off from the whole province," said Guy Martial Tsoutsi Kassa, boatman and fisherman.

"We've lived this way for years. When Owonga is closed, there are no more supplies of basic products such as sugar, soap, lighting oil, salt and so on. The people of the lake are abandoned to their lot," said Jean de Dieu Bibalou, a farmer whose hardship showed in the lines of his face.

"This situation punishes us all. The farmers find it difficult to sell their harvest. The buyers have difficulty in taking produce to the big markets in Port-Gentil. The river transporters can't make a living," said Philomene Mouzengou, a trader who comes to buy goods from the locals to take them to Port-Gentil.

"The consequence is that a whole chain of survival is clogged up," he said.

In 2005, Gabon's cabinet was moved by the situation and stressed "the deep concern and compassion of the authorities," recalled Theophile Moussouvou, who comes from a lakeside village.

"A joint government and parliamentary mission stayed here, to take account of the obstruction to the entrance. Now, we're in 2010. Nothing has been done," he added.

"For nearly three years, the departmental council has been carrying out operations (to chop down the reeds)," said a civil servant who asked not to be named. "With heavy machinery, we frequently open the passage."

But it is a task that needs to be started again almost as soon as it is finished and the persistence and perpetual return of the tough papyrus plant, which can grow up to three metres (10 feet) tall, has given rise to local legends.

Some say that it is the work of the genie Olemboue, who wants to get his wife back after she was stolen away by another genie.

"When he feels the presence of his rival around the lake, he rushes to close Owonga, to try to trap his rival and recover his spouse," recounted the elder Marc Aperano, in his sixties.

To soothe the anger of the jealous genie, "we organise rituals during the season of heavy rains. When there is thunder, we beg his indulgence by offering in exchange food, wine and suchlike. After the rains, the entrance is free of the papyrus plants," he insisted. 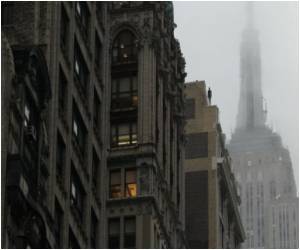 Britons More Familiar With Celeb Lives Than That of Neighbours
Brits may not know their next-door neighbours, but they are very well aware of pop stars and footballers.
READ MORE

Social Isolation, Loneliness Could Cause Physical Coldness: Study
A new study has shown that social isolation can actually generate a physical feeling of coldness.
READ MORE

China's Rising Quake Lake Threatens 1.3 Million People
Sichuan province of China continues to be a threat to the 1. 3 million people with an alarming rise in its water levels.
READ MORE

Fight Over Future of Kashmir's Iconic Dal Lake
"I live here and I will die here," insists Safder Hussain, one of thousands of farmers defying relocation from Kashmir's famed Dal Lake which is slowly choking to death on sewage, silt and weeds.
READ MORE