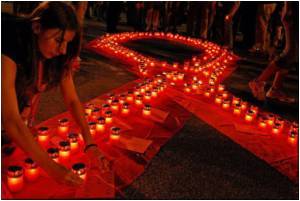 Eastern Europe and Central Asia are witnessing the fastest spread of the HIV virus in the world with more than 8o% of the infected under 30 years of age, according to a UNICEF report.

"Eastern Europe and Central Asia are the only parts of the world where the HIV epidemic remains clearly on the rise," it said in a report published Monday at the 18th International AIDS Conference in Vienna.

In parts of Russia, the rate of HIV infections has gone up by 700 percent since 2006, said the report, "Blame and Banishment: The underground HIV epidemic affecting children in Eastern Europe and Central Asia."


And a third of new infections in the whole region affected teenagers and young adults between 15 and 24, the UN's child protection agency noted.

AIDS was first detected in early 1980s, among gays, Haitians and black Africans. HIV is a descendant of a Simian Immunodeficiency Virus.
Advertisement
One of the main causes for this drastic increase was drug use and the sharing of needles in a region that counts 3.7 million injecting drug users: about 25 percent of the world's total, said the report.

And the drug users were starting as early as 12 years old, it added.

Sexual transmission had also turned recently into a major cause of the HIV spread: some 80 percent of sex workers in eastern Europe and central Asia were young people, said UNICEF.

Many of them were selling sex to support their drug habit.

The report thus painted a picture of those most at risk being young, marginalised people uncared for by their families or living in the street.

And according to UNICEF, this figure amounted to some 1.3 million children in the region.

Compounding the problem was the fact that many did not seek treatment for their condition because of the social stigma associated with HIV: they feared being judged or even facing criminal prosecution.

And that pushed them further into the margins of society, the report noted.

A young interviewee from Tadjikistan told researchers she had only visited an HIV prevention and treatment centre after being taken there by a social worker: until then, she did not believe the medical check-ups and condoms would be free, fearing it was just a police trap.

The report called for more prevention and treatment centres, and friendlier services to respond to the epidemic.

"This report is a call to protect the rights and dignity of all people living with or at risk of exposure to HIV, but especially vulnerable children and young people," UNICEF chief Anthony Lake said in a statement.

"We need to build an environment of trust and care, not one of judgement and exclusion."

"Only by reversing discrimination against people living with HIV, can Eastern Europe and Central Asia begin to reverse the spread of the epidemic."

Statistics tell us that the world HIV+ population has risen drastically from 8 million in 1990 to a whopping 33 million in 2007! Even more alarming is the fact that young people (below the age of 25) account for half of these infections! This is adequate proof for the lack of awareness among the general public even in these modern times. So take our quiz and brush up on the essential facts of HIV/
Advertisement
Advertisement
This site uses cookies to deliver our services.By using our site, you acknowledge that you have read and understand our Cookie Policy, Privacy Policy, and our Terms of Use  Ok, Got it. Close
×