France Bans the Use of BPA

The French parliament has banned the use of bisphenol A (BPA) in baby food packaging next year and all food containers in 2015, say sources. 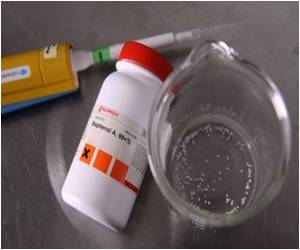 France Bans the Use of BPA

The chemical, commonly known as BPA, is used in "polycarbonate" types of hard plastic bottles and as a protective lining in food and beverage cans.

It became a concern following evidence in lab animals of a toxic effect on the brain and nervous system.

Some studies have found a link between exposure to BPA and coronary heart disease and reproductive disorders.

A law adopted in the upper house Senate imposed a "ban on the manufacture, import, export and commercialisation of all forms of food packaging containing bisphenol A".

Several countries have introduced voluntary measures or laws to stop the manufacture of baby bottles with BPA and published guidelines on safer use of the containers.

Heart attack is the death of the heart muscle due to loss of blood supply. Heart disease is the leading cause of death in the United States. Other names for heart attack include acute myocardial infarction, coronary thrombosis, and coronary ...

Bisphenol A (BPA) is a disputed chemical broadly employed in the plastics industry.

China Bans Use of Bisphenol A in Babies' Bottles

China has banned the use of Bisphenol A (BPA), an endocrine disruptor, in the production of babies' bottles in order to protect the health of infants.

Bisphenol A Declared Toxic in Canada

Canada has become the first country in the world to declare as toxic Bisphenol A, a compound used in many consumer products, despite opposition by the chemical industry.