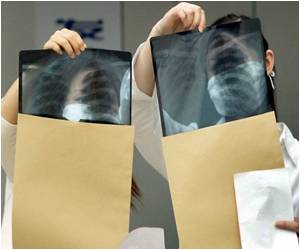 In Saudi Arabia four more new cases of the deadly coronavirus have been detected, says the health ministry.

The four cases were registered in Eastern Province, which has been gripped by panic after it was shown to be home to most of the infection cases in the kingdom, the ministry said on its website late Monday.

"One of the people has recovered and discharged, while the other three are still being treated," the ministry said.


Saudi health authorities are now receiving advice from specialists from US and Canadian universities, the ministry added.

Health Minister Abdullah al-Rabia had said on Sunday that 24 people have contracted the coronavirus, and that 15 of them have died.
Advertisement
The World Health Organisation had said earlier that 34 cases have been reported worldwide since the virus was first detected in September 2012, with 18 of the victims dying.

While the virus has been deadliest in Saudi Arabia, cases have also been reported in Jordan, Germany, Britain and France where two patients are now in hospital in the northern city of Lille.

Second Victim of SARS-Like Virus Shifted to Intensive Care
France recorded the second victim of a deadly new SARS-like virus who had shared a hospital ward ......