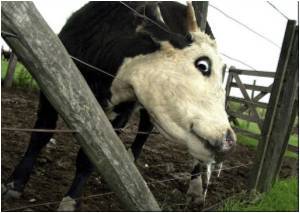 The Health Ministry in North Korea is battling an outbreak of foot-and-mouth disease that has so far infected nearly 300 cows and pigs with health officials admitting that there is a chance that the outbreak could turn into a major disaster.

So far the disease has been confirmed in four counties in the country with a report submitted to the World Health Organization revealing that around half of the infected animals have died.

There have also been reports that the infection has spread to six other provinces and the health officials in the country are looking to place quarantine around the infected areas in order to contain the spread of the virus.


"There is just a slim chance the outbreak would develop into a major disaster. Some animals, despite being vaccinated, may get infected due to particularly weak resistance the virus", a health official said, before adding that they would require over a $1 million worth of vaccines and other equipment in order to contain the disease.

No Foot and Mouth at British Farm, Theme Park: Official
Initial tests on a farm and a theme park near the area of foot and mouth disease scares in ......

Halus Valgus
Halus Valgus or bunion is a bump on the side of the big toe which indicates changes in the bony fram...