Flour: The Main Cause of Occupational Asthma in France

In France, flour has been identified as the main cause of occupational asthma, closely followed by cleaning products. 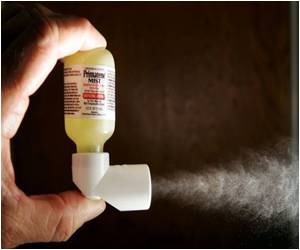 Flour: The Main Cause of Occupational Asthma in France

A new study, which was presented at the European Respiratory Society's International Congress today (07 September 2014), analysed all cases of occupational asthma in France. The research, which is the largest of its kind to be undertaken in France, aimed to understand who was most affected by the condition and what the main causes were.

Data were collected over a 3-year period from a network of respiratory doctors specialised in occupational diseases. 330 cases were analysed.

Researchers estimated the incidence rate based on the figures they collected and the results of the analysis showed that;

 Flour was identified as the main cause (seen in 20% of cases), closely followed by ammonium compounds often found in cleaning products (seen in 15% of cases)

Professor Frederic De Blay, lead author from the University Hospital Strasborg, said: "This study has given us a detailed understanding of the occupational asthma cases in France. It helps to show us where people are being exposed to harmful agents and who is most likely to be affected. These findings are important as they can help with future prevention methods to make sure people who are at risk of occupational asthma are protected from it."

Hemp flour, a by-product of cold-pressed hemp oil, can be combined with decaffeinated green tea leaves and used to develop a gluten-free snack cracker with functional properties, found researchers.

The secret to a healthy heart could just be as simple as tomato sauce made with onion, olive oil and corn flour which can help protect against strokes and cardiac arrest.

Choose Fresh Fruits Over Tinned Ones, Whole Wheat Over White Flour And Fresh Herbs Over Crushed Processed Ones: Expert

An expert says that there are multiple options at home that can make your meal wholesome and complete without compromising on taste.

Vines stretch to the horizon under the hot summer sun in a vineyard near Casablanca, one of the oldest in Morocco.

An allergic reaction may be mild or severe. It usually involves the skin, respiratory system, eyes, digestive system or blood pressure.

It''s a lung condition characterized by inflammation of the bronchi and constriction of the airways that result in coughing, wheezing or breathlessness. Allergy and other airway irritants can trigger it

Childhood asthma is a condition that affects airways in children and interferes with their daily activities including play, sports, school and sleep.

Churg-Strauss Syndrome is a rare disease characterized by inflammation of blood vessels that can restrict blood flow to vital organs.

Understanding the cause and mechanism of seasonal allergy can help in choosing the right treatment.

Winter is associated with staying huddled indoors, people scurrying home to escape the piercing winter winds and children down with the flu! Read on how you can prevent and treat them.

Do you find it difficult to breathe especially during the cold weather? You may need to get tested for asthma, a respiratory condition that is induced by allergies.

Wheezing is a sound arising from the airways due to an obstruction or narrowing, which prevents the free flow of air.