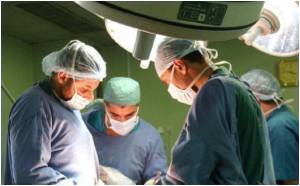 Meet five-year-old Thomas Miller, whose story is inspirational, as he is perhaps the only person in the United Kingdom to have survived a deadly strain of E.coli.

He underwent an unimaginable ordeal with 12 brain operations, paralysis, complete blindness and liver failure after he had consumed a beef burger during a family holiday at Scotland two years ago.

The US government is expanding its testing of E.coli in meat, to reduce food poisoning threat.
Advertisement

A deadly strain of E.Coli which was unheard of in the UK for 2 decades had attacked Thomas Miller's brain.


Twenty four hours after consuming the burger, the boy had developed severe symptoms and was rushed to emergency medical care.

His condition worsened and thus began a year's battle for the family. In August 2009, doctors drained two abscesses in the brain after they were found to be blocking nerve signals in the brain, the reason for his blindness. Once this was done, the boy's sight returned.

He underwent a final surgery in February2010 which speeded up his recovery. The boy is now doing fine and is getting ready to start school.