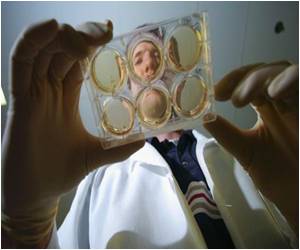 First biomarker that appears to be linked to the duration of delirium has been discovered by scientists. This novel role for S100ß as a biomarker for delirium duration in critically ill patients may have important implications for refining future delirium treatment in intensive care unit patients.

Delirium in older adults is associated with increased probability of developing dementia and to a high death rate. Duration of delirium in the ICU has been identified as an independent predictor of mortality.

S100β, or S100 calcium binding protein B, has previously been identified as a marker associated with delirium, but this is the first study to link it to the duration of delirium in critically ill patients. It is estimated that each year more than 7 million hospitalized Americans suffer from the acute confusion and disorientation characteristic of delirium and about half of mechanically ventilated patients in the ICU develop delirium.


The study, published online this month in the peer reviewed open access International Journal of General Medicine, found that ICU patients with abnormally elevated levels of S100β either on day 1 or day 8, or both, had higher delirium duration compared to patients with normal S100β levels on both days.
Advertisement
"Using the biomarker to identify patients with a predisposition toward longer delirium duration should be useful in instituting more effective and personalized clinical therapies, with the end goal of decreasing the burden of delirium for both the patient and the health care system," said Regenstrief Institute investigator and IU Center for Aging Research scientist Babar Ali Khan, M.D., who led the study.

"Utilizing a simple blood test presents an easy and real opportunity to decrease the burden of the syndrome and thereby diminish progression to cognitive impairment in older adults," he said. "Since every day with delirium in the ICU is associated with a 10 percent increased likelihood of death, it's critical to diminish its duration and ultimately prevent it."

Adjusting for age, gender, race and other medical conditions, hospitalized patients with delirium have stays that are more than twice as long; have a greater probability of being discharged to a long-term-care facility; and have a much higher probability of developing dementia than patients who do not experience delirium, according to the American Delirium Society.

Strategies to prevent delirium or decrease delirium duration include waking and conducting "breathing drills" for ventilated patients as well as promoting early mobility and exercise while in the ICU, according to Dr. Khan, a pulmonologist and ICU physician who is an assistant professor of medicine at the IU School of Medicine and medical director of the Eskenazi Health Critical Care Recovery Center.

The research more clearly establishes the S-100 biomarker as an index of the duration of delirium and suggests one possible mechanism that leads to higher delirium duration. It is thought that the biomarker reflects the degree of injury to non-neuronal support (i.e., glial) cells in the brain caused by inflammation, and specifically indexes the activation of glial cells called astrocytes.

Decreased Consciousness
Consciousness can be decreased to various degrees and result in conditions like delirium, stupor, .....

ICU Stays May Lead To Delirium
A study reveals that adults suffering from respiratory failure, cardiogenic shock or septic shock .....

Link Between Dementia, Delirium and Declining Health Identified
A recent study finds that more than half of all patients with pre-existing dementia will experience ...