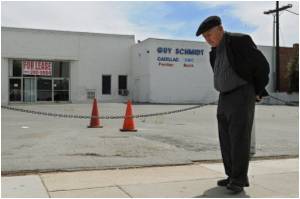 Elderly surgical patients are more likely to suffer from debilitating post-operative delirium if they have diabetes, undergo longer surgery or respond poorly to stress.

This is according to a study presented at the ANESTHESIOLOGY 2013 annual meeting. The research could help doctors prevent postoperative delirium, which can lead to longer hospital stays, poor recovery and higher death rates.


"In addition to how disturbing this complication is for patients and their families, it's also associated with death during surgery and increased medical costs," said Stacie G. Deiner, M.D., associate professor in the Department of Anesthesiology, Geriatrics and Palliative Care, and Neurosurgery at the Icahn School of Medicine at Mount Sinai, New York. "Studies have shown that patients with postoperative delirium have two to five times the risk of major complications including death. To be able to identify, predict or understand the mechanism of postoperative delirium could help us identify ways to prevent it."
Advertisement
In the study, 76 patients 68 years or older having major non-cardiac surgery had cognitive testing. The patients were assessed daily using the Confusion Assessment Method and the Mini Mental Status Exam. Blood was collected and tested for cortisol, epinephrine and norepinephrine hormone levels before surgery, just before removing the breathing tube used during surgery and two hours after surgery.

The study found that higher peak stress response levels (also known as the adrenal response) two hours after the start of surgery, diabetes and the length of the surgery were highly predictive of postoperative delirium.

"By understanding who may be at high risk for postoperative delirium, we can work on interventions for these patients, such as considering giving them antipsychotic medications before surgery, carefully monitoring the depth of anesthesia, and/or having patients see a geriatrics specialist prior to surgery," said Dr. Deiner.

Alzheimer's Gene Carriers Have Higher Risk of Postoperative Delirium
Elderly patients who carry a gene associated with an increased risk of Alzheimer's disease and ......

Diabetes and High-Altitude Travel: Is It Risky?
Diabetic individuals considering a mountain journey need to understand the potential risks of the .....

Researchers Gain New Insight into Role of Brain Stress in Obesity and Type 2 Diabetes Development
Researchers have gained new insights into how obesity and type 2 diabetes can create a stress ......