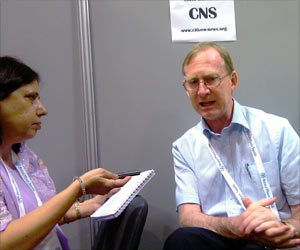 The FDA has approved the first noninvasive vagus nerve stimulation device, gammaCore, for the acute treatment of pain from episodic cluster headache in adult patients, the manufacturer electroCore announced in a press release.

The product is a handheld, noninvasive, easy-to-use device that provides a new option for adults with the headache disorder. The device is applied at the neck and works by transmitting a mild electrical stimulation to the vagus nerve through the skin, which reduces associated pain.

Holiday times are cool - night outs, parties, friends and - er - carousing! Then, comes that nasty hangover. Here are top tips to ease a nasty headache, pain and tension.
Advertisement
‘The Food and Drug Administration approved a device on Tuesday meant to treat cluster headaches  a rare form of headache that affects mostly men.’

The idea is to disrupt signals that run along the vagus nerve, a giant nerve that runs from the brain all the way to the colon. It's involved in many bodily responses.


The FDA's release is based on analyses of data from 2 clinical trials, ACT1 and ACT2, which evaluated the safety and efficacy of gammaCore for the acute treatment of episodic cluster headache. Both trials were prospective, double-blind, placebo-controlled, randomized studies that evaluated the use of gammaCore versus a placebo.

Ice cream headache or brain freeze is a temporary pain due to eating or drinking a cold substance or when exposed to cold air. The shooting pain lasts for a few seconds and does not require treatment.
Advertisement
The results from ACT1, which evaluated 81 patients, showed that 34.2% of patients experienced a reduction in pain after treatment compared with 10.6% of patients in the placebo group. Results from the ACT2 trial also demonstrated a significantly higher percentage of pain reduction in patients who used the product (47.4%) versus patients treated with a placebo (6.2%).

Both trials also demonstrated gammaCore's safety and tolerability, with the majority of adverse events being mild and transient and occurring during the time of active treatment.

Prior to the FDA approval, there has not been any specific treatment for cluster headaches, but patients do take migraine drug sumatriptan, which is delivered through auto-injector, as well as inhaled oxygen. These methods are limited and often inconvenient.

Now, the FDA approved the use of handheld device called GammaCore, which was developed by a New Jersey-based company known as ElectroCore, in the United States.

Cluster headache is a periodic, intense, sharp, burning and explosive pain that begins suddenly on one side of the head and tends to get worse quickly, reaching its peak within 10 minutes.
Advertisement
<< Investing in Health and Education Could Bring 10-Fold Econo...
Doctors Successfully Treat Multiple Sclerosis Patient With ... >>

A sinus headache is a constant, agonizing pain felt in forehead and upper face. Sinus headache is often associated with nasal congestion and worsens with moving the head or bending down.