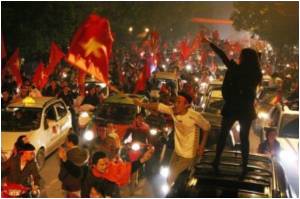 Nighttime noise from passing aircraft, trains and automobiles is linked to disturbed sleep and impaired neurobehavioral performance in the morning, says a new study.

The study has been presented in San Antonio, Texas, at SLEEP 2010, the 24th annual meeting of the Associated Professional Sleep Societies LLC.


Results indicate that mean reaction time on a morning psychomotor vigilance task slowed significantly by 3.6 ms after exposure to recorded traffic noise during sleep, and the slowing of reaction times was directly and significantly related to increases in both the frequency and sound-pressure level of the nightly noise events.


The sound of passing trains caused the highest awakening and arousal probabilities followed by automobile traffic and airplane noise. However, this ranking was not reflected in the measures of morning neurobehavioral performance, as each mode of noise caused a similar level of impairment.

Furthermore, exposure to more than one of the three modes of traffic noise did not lead to stronger performance impairments than exposure to only one noise source.

"The study demonstrated that traffic noise may disturb sleep and consequently impede recuperation, as was shown by deterioration of neurobehavioral performance," said lead author Dr. Eva-Maria Elmenhorst, postdoctoral research fellow at the German Aerospace Center Institute of Aerospace Medicine in Cologne, Germany. "The study therefore stresses the importance of sleep hygiene in terms of a quiet environment for healthy, undisturbed sleep."

Elmenhorst noted that nighttime traffic noise may have even stronger effects on the performance of people who are more susceptible to sleep disturbances. Risk groups include children, shift workers, the elderly and people with chronic medical conditions.

The study involved 72 people with an average age of 40 years. Their sleep was monitored by polysomnography for 11 consecutive nights. Recorded traffic noise from airplanes, automobiles and trains was played in the laboratory while they slept. Each mode of traffic noise consisted of eight different noise events played back at five sound pressure levels ranging from 45 to 65 A-weighted decibels for a total of 40 noise events. The study was carefully balanced so that sleeping participants were exposed to one to three modes of traffic noise each night, producing a nightly range of 40 to 120 noise events.

The study design also included one control night that was free of traffic noise. Each morning after waking up, participants completed a psychomotor vigilance task, memory search task and unstable tracking task to measure neurobehavioral performance.

The American Academy of Sleep Medicine reports that traffic noise is one cause of "environmental sleep disorder," which involves an environmental disturbance that causes a complaint of insomnia or daytime sleepiness. Other common causes include bright light and temperature extremes.

White noise, which is produced by combining together all the different frequencies of sound, can be used to drown out other sounds and raise your arousal threshold so that your sleep is less disturbed. White noise is produced by box fans and oscillating fans, sound machines, and special applications for computers and smart phones.