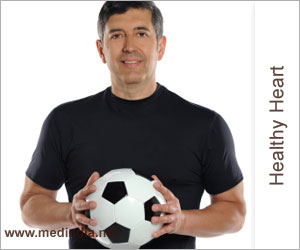 Relatively common and potentially dangerous injuries in the soccer players are the fractures of the nose and other facial bones, reports a Brazilian study in Plastic and Reconstructive SurgeryGlobal Open®, the official open-access medical journal of the American Society of Plastic Surgeons (ASPS).

On the eve of the 2014 World Cup, a group of Brazilian plastic surgeons review their experience with soccer-related facial fractures requiring surgery. Dr. Dov Charles Goldenberg, MD, PhD, of University of São Paulo and colleagues write, "Due to exposure and the lack of protection for the face, the occasional maxillofacial trauma sustained during soccer games often entails serious facial injuries requiring hospital admissions and invasive procedures."

Soccer Players at Risk of Nasal and Other Facial Fractures


The researchers assembled data on 45 patients undergoing surgical treatment for soccer-related facial fractures at two large university hospital centers in São Paulo between 2000 and 2013. The 45 soccer injuries accounted for two percent of surgically treated facial fractures during that time. Forty-four of the patients were male; the average age was 28 years. All of the injured players were amateurs.
Advertisement
The nose and upper jaw (maxilla) accounted for 35 percent of fractures and the cheekbone (zygomatic bone) for another 35 percent. Most of the remaining fractures were of the lower jaw (mandible) and eye socket (orbit). Eighty-seven percent of the injuries were caused by collision with another player; the rest occurred when the player was struck by the ball.

Nasal fractures were treated by repositioning (reducing) the fractured bones to their proper place and splinting until they healed. Other types of facial fractures required open surgery and internal fixation (plates, screws) to reposition the bones. The patients remained in the hospital for about five days on average, and were told they could return to play after six to eight weeks of healing.

Emphasis on Awareness and Examination to Detect Soccer-Related Fractures

The results are consistent with previous studies of soccer-related facial injuries. Lower extremity injuries (leg and foot) are much more common, fractures and other injuries to the head and face are a significant risk.

First-responders, nurses, and doctors who have initial contact with patients need to be aware of the potential for soccer-related facial fractures and the fracture patterns that occur. "Missed diagnosis or delayed treatment can lead to facial deformities and functional problems in the physiological actions of breathing, vision, and chewing," Dr. Goldenberg and coauthors write. In the study, the average delay between injury and operation was about seven days, and as long as 33 days.

The true number of serious soccer-related facial injuries in Brazil is likely much larger than the number seen at São Paulo referral hospitals, the researchers believe. Many patients may not seek medical care due to socioeconomic factors. In addition, some fractures may be overlooked by primary medical care providers.

The researchers highlight the need for careful examination of the nasal cavity to look for possible septal hematomas (blood collections), which could lead to serious complications. The online, open-access article is accompanied by videos illustrating the authors' approach to diagnosis and management of septal hematomas and the potential consequences of untreated nasal fracture.

The paper appears in PRS-GO as the world turns its attention to Brazil for this year's World Cup. "Soccer is woven into the fabric of Brazilian culture, embedded in the traditions and the language of the country," Dr. Goldenberg and coauthors write. "In 2014, the World Cup will make its way back to Brazil for the first time since 1950, and the omnipresent background of soccer in Brazilian culture will once again be brought to the forefront."

Expect Aching Muscles And Joints This Sports Season
sports injuries will be a normal occurrence as the soccer and baseball season is all set to kick ......

Broken Nose (Nasal Fracture)
Nasal fracture is a break in the bones and/or the cartilages of the nose. They may be accompanied by...

Clavicle Fracture
A clavicle fracture is a fracture of the collarbone that commonly occurs due to accidents or falls....

Tibia (Shinbone) Shaft Fractures
A tibial shaft fracture is an injury that occurs to the tibia, which is one of the long bones of the...