Exercise Could Prevent Damage To Cell From Stress 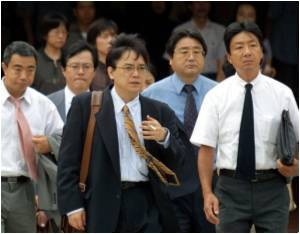 In their research, scientists with the University of California, San Francisco focused on three groups: post-menopausal women who were the primary caregivers for a family member with dementia; young to middle-aged adults with post-traumatic stress disorder; and healthy, non-smoking women ages 50 to 65 years.

They examined telomeres in leukocytes, or white blood cells, of the immune system, which defends the body against both infectious agents and cell damage.


"Our findings suggest that traumatic and chronic stressful life events are associated with shortening of telomeres in cells of the immune system, but that physical activity may moderate this impact," said co-author Jue Lin, PhD, associate research biochemist in the laboratory of senior author and Nobel laureate Elizabeth Blackburn, PhD, professor of biochemistry and biophysics at UCSF.

Stress is a form of strain that affects us physically and emotionally.It occurs as a result of conflict, within us, or, with the outside world.
Advertisement
Lin presented the findings in a poster session on Monday, April 4, 2011, at the AACR 102nd Annual Meeting 2011.

Telomeres are tiny units of DNA at the ends of chromosomes that protect and stabilize chromosomes. Every time a cell divides, some telomeres drop off. After a certain number of cell divisions, which varies depending on the cell type, the telomeres reach a critical length and the cell typically dies. Sometimes, however, the cells cease to divide and are subjected to genomic instability, promoting inflammation in the body.

Scientists have known for more than a decade that the length of telomeres in immune system cells is a marker of cell aging. In recent years, they have discovered that shorter telomeres are associated with a broad range of aging-related diseases and are predictive of incidence and poor prognosis of cardiovascular disease and a variety of cancers.

A 2004 study led by Blackburn and UCSF colleague Elissa Epel, PhD, associate professor of psychiatry, suggested that psychological stress may impact the length of telomeres in immune system cells. They reported that the perception of psychological stress in female caregivers of chronically sick children was related to shorter telomeres in lymphocytes, key cells of the immune system. This offered the first evidence that telomere maintenance potentially mediates the well documented detrimental effects of stress on health. (Proceedings of the National Academy of Sciences, Nov. 29, 2004)

In the current research, one study, led by Epel, followed for two years 63 healthy postmenopausal women who were the primary caregivers for a family member with dementia. In an earlier analysis of 36 of these women, pessimism was associated with high levels of a pro-inflammatory protein often associated with aging and disease states, and with short telomeres. In a recent and separate analysis of the full group of women, an increase in perceived stress was related to an increase in the odds of having short telomeres only in the non-exercising women. Among those who exercised, perceived stress was unrelated to telomere length. In the current analysis of the larger group, it was revealed that an increase in perceived stress over the course of one year was associated with a decrease in telomere length during that time.

A second study, led by Aoife O'Donovan, PhD, and Thomas Neylan, MD, UCSF professor of psychiatry at the San Francisco VA Medical Center, examined 43 people ages 20 to 50 with chronic post-traumatic stress disorder. They were compared to 47 age- and sex-matched individuals without PTSD.The results showed a relationship between PTSD and short telomere length. But even more interesting, said Lin, the finding showed that, in these adults, exposure to childhood trauma - at or before age 14 - also was associated with telomere shortening and accounted for the link between PTSD and telomeres.

A third study, led by Eli Puterman, PhD, analyzed data from 251 healthy, non-smoking women ages 50-65 of varying activity levels. The findings showed that non-exercising women with histories of childhood abuse had shorter telomeres than those with no histories of abuse. But, in those women who exercised regularly, there was no link between childhood abuse and telomere length, after controlling for body mass index, income, education and age.

"We saw a relationship between childhood trauma and short telomere length but the relationship seems to go away in people who exercise vigorously at least three times a week," Lin said.