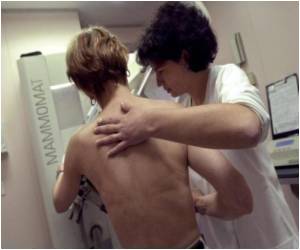 Upending decades-old dogma, scientists at the University of California, San Diego School of Medicine say enzymes long categorized as promoting cancer are, in fact, tumor suppressors and that current clinical efforts to develop inhibitor-based drugs should instead focus on restoring the enzymes' activities.

The findings are published in the January 29 issue of Cell.


Protein Kinase C (PKC) is a group of enzymes that act as catalysts for a host of cellular functions, among which are cancer-relevant activities, such as cell survival, proliferation, apoptosis, and migration. The discovery that they are receptors for tumor-producing phorbol esters, plant-derived compounds that bind to and activate PKC, created a dogma that activation of PKCs by phorbol esters promoted carcinogen-induced tumorigenesis.


"For three decades, researchers have sought to find new cancer therapies based on the idea that inhibiting or blocking PKC signals would hinder or halt tumor development," said Alexandra Newton, PhD, professor of pharmacology and the study's principal investigator, "but PKCs have remained an elusive chemotherapeutic target." The reason, suggest Newton and colleagues, is that contrary to conventional wisdom, PKCs do not promote cancer progression; rather, they act to suppress tumor growth.

Using live cell imaging, first author Corina Antal, a graduate student in the Biomedical Sciences program at UC San Diego, characterized 8 percent of the more than 550 PKC mutations identified in human cancers. This led to the unexpected discovery that the majority of mutations actually reduced or abolished PKC activity, and none were activating. The mutations impeded signal binding, prevented correct structuring of the enzyme, or impaired catalytic activity.

When the scientists corrected a loss-of-function PKC mutation in the genome of a colon cancer cell line, tumor growth in a mouse model was reduced, demonstrating that normal PKC activity inhibits cancer. One possible explanation, said the researchers, is that PKC typically represses signaling from certain oncogenes - genes that can cause normal cells to become cancerous. When PKC is lost, oncogenic signaling increases, fueling tumor growth.

"Inhibiting PKC has so far proved not only an unsuccessful strategy in a number of cancer clinical trials, but its addition to chemotherapy has resulted in decreased response rates in patients," said Newton. "Given our results, this isn't surprising. Our findings suggest therapeutic strategies need to go the other way and target ways to restore PKC activity, not inhibit it. This is contrary to the current dogma."

How could this misconception of PKC promoting tumors have arisen?

Genetic Clues to Rare Breast Tumors With New Sequencing Technique
The genetic underpinnings of a rare type of breast tumor called phyllodes tumors has been characterized by a new study from researchers, which offers comprehensive analysis of molecular alterations.
READ MORE

Scientists to Develop Endoscope That Destroys Tumors
Scientists are working to improve the endoscope, a tool used to examine and detect cancer and other illnesses, so that it can be used to destroy cancer cells.
READ MORE

Researchers Map Out How Childhood Brain Tumors Relapse
Researchers have discovered the unique genetic paths that the childhood brain tumour medulloblastoma follows when the disease comes back, according to research published in Cancer Cell.
READ MORE