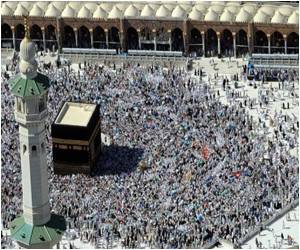 Most of the latest cases are in Riyadh and the commercial hub Jeddah, with one case in the Muslim holy city of Mecca, visited each year by millions of pilgrims from around the world.

Three of the new infections were of health workers, while a 13-year-old Saudi girl is among cases recorded in the Red Sea port city of Jeddah.


A spike in MERS cases and public fears prompted the Gulf state to dismiss its health minister, Abdullah al-Rabiah, on Monday without an official explanation.
Advertisement
Rabiah last week visited hospitals in Jeddah to calm a public hit by panic over the spread of the virus among medical staff that triggered the temporary closure of the city's King Fahd Hospital emergency room.

Labour Minister Adel Fakieh, who has taken over as acting health minister, said on Twitter late Tuesday that he had visited the Jeddah hospital.

Fakieh promised "transparency and to promptly provide the media and society with the information needed" on the virus.

The virus is considered a deadlier but less-transmissible cousin of the SARS virus which erupted in Asia in 2003 and infected 8,273 people, nine percent of whom died.

A recent study said the virus has been "extraordinarily common" in camels for at least 20 years, and it may have been passed directly from the animals to humans.

The World Health Organisation said on April 20 that it had been informed of 250 laboratory-confirmed cases of MERS infection worldwide, of which 93 had been fatal.

Foreigner Dies of MERS in Saudi, Report Sources
In the Saudi capital a foreigner has died after she contracted MERS, reports health ministry, ......