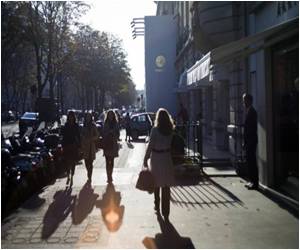 The genome of the electric eel has been sequenced by researchers, which has revealed how fishes with electric organs evolved six times to produce electricity outside their bodies.

The research sheds light on the genetic blueprint used to evolve these complex, novel organs. It was co-led by Michigan State University, University of Wisconsin-Madison, University of Texas-Austin and the Systemix Institute.

Selecting the doctor who will help you in your pregnancy is a very personal decision.
Advertisement

Jason Gallant, MSU zoologist and co-lead author of the paper, said it's truly exciting to find that complex structures like the electric organ, which evolved completely independently in six groups of fish, seem to share the same genetic toolkit.


He said, "Biologists are starting to learn, using genomics, that evolution makes similar structures from the same starting materials, even if the organisms aren't even that closely related."

Your Simple Guide to Looking, Feeling and Being Healthy

From skincare tips to healthy living, it's all right here, compact and comprehensive. Read on...
Advertisement
All muscle and nerve cells have electrical potential. Simple contraction of a muscle will release a small amount of voltage. But between 100 and 200 million years ago, some fish began to amplify that potential by evolving electrocytes from muscle cells, organized in sequence and capable of generating much higher voltages than those used to make muscles work.

"Evolution has removed the ability of muscle cells to contract and changed the distribution of proteins in the cell membrane; now all electrocytes do is push ions across a membrane to create a massive flow of positive charge," said Lindsay Traeger, U-W graduate student and co-author of the study.

The "in-series alignment" of the electrocytes and unique polarity of each cell allows for the "summation of voltages, much like batteries stacked in series in a flashlight," said Michael Sussman, U-W biochemist.

The additional current required for the power comes from the fact that an eel body contains many millions of such "batteries" working together and firing their electrical discharge simultaneously.

The research has been published in the journal Science.

Source: ANI
Advertisement
<< Noroviruses may be the Leading Cause of Diarrhoea and Vomit...
Risk Factors for Chronic Kidney Disease Prevalent Decades B... >>