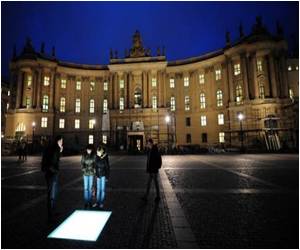 Germany on Friday marked 80 years since mass book burnings by the Nazis, as officials said the country had yet to recover from its self-inflicted "intellectual decapitation".

On May 10, 1933, less than four months after Adolf Hitler's rise to power, his followers burned thousands of books by leading writers and scholars.

The speaker of the Bundestag lower house of parliament, Norbert Lammert, joined a commemoration at Berlin's Humboldt University near where fascist students took part in the mass torching of works.


He said Germany had still not returned to the international intellectual standing it enjoyed before the Nazis' "break with civilisation", according to remarks reported by local news agency DPA.
Advertisement
He quoted Austrian Jewish author Joseph Roth who said even before the Nazis took power, "They will burn our books and mean us."

The book pyres marked the first dark milestone in the Nazis' purge of what they deemed "undesirable and harmful literature" with an "un-German spirit" and ushered in the systematic, deadly persecution of Jewish, Marxist and pacifist writers.

Works by Sigmund Freud, Heinrich Mann, Karl Marx, Kurt Tucholsky and other thinkers and literary giants were among those torched.

The fiery spectacle is now commemorated in a subterranean space on Berlin's Bebel Square under a glass lid revealing a basement library with empty white shelves.

A little over five years after the book burnings, it was Jewish synagogues that went up in flames during the so-called Night of Broken Glass.

Kraft Foods Leak: 1,400 Evacuated in Germany
Authorities have confirmed that around 1,400 people have been evacuated from their homes in ......

In Michelin Guide, Germany Boosts Top-Ranked Restaurants
In next year's prestigious Michelin guide, Germany has increased its tally of top-ranked ......