Government to Set Up Central Coordinating Agency on Organ Transplants 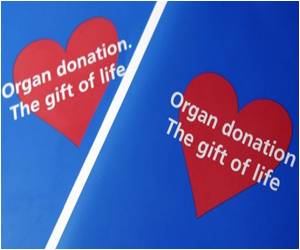 The government is planning to set up a central coordinating agency on organ transplants, according to a communication from the ministry of health.


"The building is ready. The National Information Centre has been asked to prepare an online network," Prasad said, and added that regular meetings were being held to monitor the progress.
Advertisement
Under the NOTTO, the government will give funds to private and public hospitals to appoint a coordinator for organ transplants. Free software would also be given to all centres.

Apart from the NOTTO, four regional centres would also be set up across the country.

The DGHS said that as a pilot project, the NOTTO would become operational in the National Capital Rregion (NCR).

Following unearthing of a kidney transplant racket five years ago, the government had brought about changes in the Transplantation of Human Organs Act (THOA), 1994, specially for the benefit of patients of renal failure.

About 200,000 people are diagnosed with renal failure every year and for most, the only cure is kidney transplant. But less than 3,000 transplants are carried out annually in India due to strictures on possible donors under the present law.

The amended act allows organ donations from a "near relative", which it defines as spouse, son, daughter, father, mother, brother or sister. The amended law broadens the definition of "near relative" to include grandparents, grandchildren, uncles and aunts. Also, not-so-close relatives who have stayed with the patient can donate organs, provided there is no commercial dealing.

The law makes legal the swapping of organs between two unrelated families if the organs of the respective willing "near relative" donors are found medically incompatible for the intended recipients. But the swap should be without any commercial transactions, it stipulates.

Toxoplasmosis
Brief overview of a common disease called Toxoplasmosis and its risks in human population...

Organ Transplant Patient Dies of Rabies
A Maryland patient died of rabies that he contracted from an infected organ he received in an organ ...