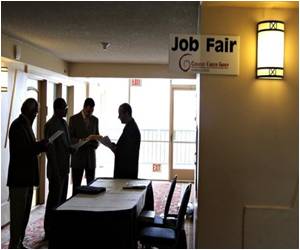 Other professionals who are scraping along the bottom are advertisers, real estate agents and state MPs, the Sydney Morning Herald reported.

The latest Roy Morgan "Image of Professions" survey asked people to rate or score people in various occupations for their honesty and ethical standards.


The telephone survey was conducted with 645 women and men aged 14 and over.

In the survey, nurses came out on top, with 90 percent of respondents rating their profession as the most ethical and honest, doctors (88 percent), pharmacists (84 percent), engineers (76 percent) and school teachers (76 percent) followed.
Advertisement
Pharmacists suffered largest decline in confidence, dropping 4 percentage points.

In the financial world, accountants remained the most respected, with 49 percent of those surveyed believing they are ethical and honest, they were followed by bank managers (38 percent) and directors of public companies (26 percent).

Only 25 percent of respondents believed that financial planners were ethical and honest.

Ministers of religion have improved their image by 1 percentage point, to 44 percent.

Here's The Reason Why 60 Percent of Salesmen Are Bald
A new study has found stress as the major cause for men in sales who have either lost their hair or ...

Nobel Laureate: Ethics Debate Not Put to Rest by Stemcell Success
Stem cells could still spur sharp debate, despite his achievement in creating cells that are not ......

Mother or Sister - A Matter of Ethics
Mackenzie Stephens was born with Turner Syndrome, a gene defect that results in an absence of ......

Experts Propose Overhaul of Ethics
In medical research, the longstanding ethical framework for protecting human volunteers needs to be ...