ECG Screening Would Not Prevent Sudden Death in Athletes 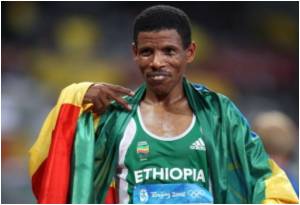 Even with 12-lead ECGs, the risk of cardiovascular sudden death was very small and only about 30% of the incidence were due to diseases that could be reliably detected by pre-participation screening.

This is according to a research in a U.S. high school athlete population presented on March 10 at the American College of Cardiology (ACC) Scientific Sessions.

Sudden death in young competitive athletes due to cardiovascular disease is an important community issue, which could impact the design of population-based screening initiatives. The frequency with which these tragic events occur impacts considerations for selecting the most appropriate screening strategy. Currently, athletes are assessed through a healthcare professional performing a physical exam and reviewing the individual's clinical history.


"Screening initiatives for high school-aged athletes has the potential to impact 10-15 million young adults in the U.S.," says the study's lead author, Barry J. Maron, MD, director of the Hypertrophic Cardiomyopathy Center at the Minneapolis Heart Institute Foundation in Minneapolis. "This is a controversial issue because some are suggesting that all young competitive athletes should be screened with a 12-lead ECG screening, which would be a massive and costly undertaking. Also, we do not have any evidence to show whether this is clinically necessary."
Advertisement
To assess this need, Maron and his colleagues interrogated the forensic case records of the U.S. National Registry of Sudden Death in Athletes over a 26-year period (1986-2011) to identify those events judged to be cardiovascular in origin occurring in organized competitive interscholastic sports participants in Minnesota. There were more than 4.44 million sports participations, including 1,930,504 individual participants among 24 sports.

There were 13 incidence of sudden deaths in high school student-athletes related to physical exertion during competition (7) or at practice (6). The ages were 12 to18 and each was a white male. Most common sports involved were basketball, wrestling or cross-country running. Sudden deaths occurred in 1 out of 150,000 participants.

Autopsy examination documented cardiac causes in 7 of the 13 deaths. In only 4 athletes (31%) could the responsible cardiovascular diseases be reliably detected by history, physical exam or 12-lead ECG, which is equivalent to 1 in 1 million participants.

"This very low event rate does not warrant changing the current national screening strategy, especially because only one-third of the deaths would have been detectable through additional screening," says Maron. "These findings demonstrate that these tragic events are rare. In addition to these data, no evidence in the medical literature has shown that ECGs reduce mortality in a broad-based screening effort."

AliveCors New IPhone Cover and App can Make Your Phone a Portable ECG Machine
AliveCor is coming out with a new iPhone cover and app that can be used to convert your phone into ....

Death Risk From All Causes Might Be Predicted By New Analysis of Heart Rate Patterns on ECGs
Research suggests that electrocardiograms (ECGs) may have a greater and more profound future role .....

Electrocardiogram
An ECG is a diagnostic test that records the electrical activity of the heart and helps to detect ca...