Drug-Related Poisonings on Rise in US 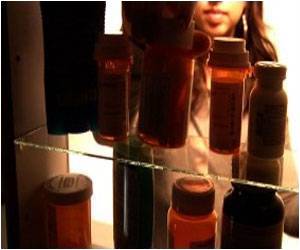 A new study by researchers at the Center for Injury Research and Policy of The Research Institute at Nationwide Children's Hospital examined emergency department (ED) visits for drug-related poisonings and found that in just one year (2007) in the U.S., there were approximately 700,000 ED visits costing nearly $1.4 billion in ED charges alone. This equates to an average of 1,900 drug-related ED visits and $3.8 million in ED charges each and every day in this country.

The magnitude of these findings is staggering, said Gary Smith, MD, DrPH, senior author of the study and director of the Center for Injury Research and Policy at Nationwide Children's Hospital. The number and cost of drug-related poisonings identified in this study indicate a public health emergency that requires a decisive and coordinated response at national, state and local levels.


According to the study, appearing in the March 2011 issue of the American Journal of Emergency Medicine, poisoning by antidepressants and tranquilizers (24 percent) and poisoning by pain and fever control medicines (23 percent) were responsible for almost half of ED visits for drug-related poisoning. Among cases involving antidepressants and tranquilizers, 52 percent were suicidal poisonings and 30 percent were unintentional poisonings. In comparison, 41 percent of poisonings by pain and fever control medicines were suicidal and 40 percent were unintentional.

Drugs can cause side effects and toxic reactions. These reactions can be very characteristic for a particular drug. The ''Adverse Effects Finder'' is designed to help clinicians find these effects peculiar to certain drugs.
Advertisement
"The current epidemic of drug-related poisonings has a new face," said Dr. Smith, also a Professor of Pediatrics at The Ohio State University College of Medicine. Unlike epidemics in the past involving illegal drugs, such as heroin and crack cocaine, misuse of prescription drugs, especially opioid pain medications, is now the cause of an unprecedented number of emergency department visits and deaths. Our study also demonstrated that the rate of ED visits for drug-related poisoning is three times higher in rural areas than in non-rural areas.

Also of concern was the study's finding that children 5 years and younger had a higher rate of ED visits for unintentional drug-related poisonings than all other age groups.

Despite the fact that successful prevention strategies targeted at young children have helped to decrease the occurrence of drug-related poisonings in this population, the number of unintentional poisonings among this age group is still too high,said Dr. Smith. Our findings reinforce the importance of increasing efforts to prevent unintentional drug exposures among young children in the United States.

Poisoning is an avoidable public health problem that can happen to anyone, at any time or any place.
Advertisement
<< Heart-Lung Machine Saves Life of Infant
Harmful Effect of Just One Salty Meal >>

Drug-Related Poisonings on Rise in US Personalised Printable Document (PDF)