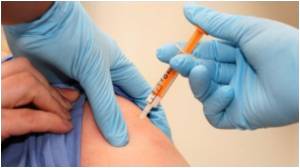 In a shocking state of affairs, a doctor from Hamilton faces legal charges for having his unqualified wife carry out smear tests, remove intrauterine devices and vaccinate children.

Dr. Suresh Vatsyayann, director of The Family clinic has been using his wife's services from June 2006 till April 2009. He has also been found guilty of transferring medical records without getting patients' permission to do so.

Have Ethics Been Compromised in Clinical Studies on Cancer? A Review Throws Light

A review to ascertain the veracity of Cancer clinical studies published in several leading medical journals has brought out some startling insights.
Advertisement

The matter has come before the Health Disciplinary Tribunal. Rebecca Carajannis, Counsel for Tribunal's professional conduct committee  also claimed,  "Subash hadn't completed a recognised educational course in smear-taking practice prior to providing the service for women at the family clinic. Dr Vatsyayann failed to ensure and/or failed to take reasonable steps to ensure Subash had the necessary qualifications to professionally deliver cervical smear tests and the depo-provera injection, which is a prescription medicine."


More details revealed that a smear test would be in progress in the same room where he would be holding a consultation with another patient.

His medical registration has been suspended and the matter is due for a court hearing. He has claimed that although he does not deny these allegations, he would justify his actions in court.

His defense would be taken up by his daughter, Joy Foot. She has no legal training.