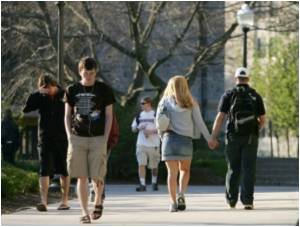 British researchers have discovered in a study that criminal proceedings, even when not ending in a jail sentence, leads to a high risk of suicide.

A report of the study led by Roger Webb of the University of Manchester, has been published in the Archives of General Psychiatry. The research involved a study of data collected from suicide records of people living in Denmark. The researchers looked at the records of 27,219 people who had killed themselves between 1981 and 2006 and compared them with 524,899 people of the same age group and sex, who were still alive.

Even though they had not gone through a sentencing, the experience of facing the judicial system seems to have had a negative impact on them. Those who have had their charges withdrawn conditionally and had to go through psychiatric treatment ended up by committing suicide.


The researchers also discovered that young people with a criminal history and who have had repeated contact with the law, were more vulnerable to the risk of suicide. Webb concluded, " ... exposure to the criminal justice system in itself may contribute to elevating a person's suicide risk, rather than simply reflecting the traits and characteristics of people who come into contact with the system."

Depression is a common disorder and many worldwide suffer from depression. Early recognition of symptoms and signs of depression can help in taking a holistic approach to the management of depression.
Advertisement
Although the study has certain limitations that warrant further research, the conclusion drawn from this study is crucial. "The findings indicated a need for more extensive national suicide prevention strategies. In particular, improved mental health service provision is needed for all people in contact with the criminal justice system, including those not found guilty and those not given custodial sentences."

Suicides can be prevented. Medindia interviewed Dr. Lakshmi Vijayakumar international resource person for suicide prevention and research and learnt how to save desperate lives.
Advertisement
Advertisement