Do-gooders Resented in Offices Because They Make Others "Feel Guilty" 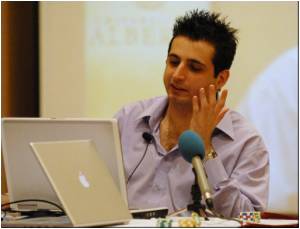 Research has revealed that do-gooders aren't welcome in offices, especially those who do extra hours at work or volunteer for added tasks. The reason they're disliked is because they make everyone else feel guilty.

Research also revealed that they are resented because they "raise the bar" for all.


It suggests people think twice before waxing lyrical about their charity work, gifts they share out, or the unwanted jobs they take on unprompted.


In tests at Washington State University the do-gooder was frequently thrown out of the wider group.

"It doesn't matter that the overall welfare of the group is better served by someone's unselfish behaviour. What is objectively good, we see as subjectively bad," the Daily Express quoted Social psychologist Professor Craig Parks as saying.

"The do-gooders are also seen as deviant rule-breakers," Parks added.

Meet 'Bailout Bill': The Do-Gooder Who Gives Away Cash (For Free)!
He won't say his name, hides his face, and he hands out cash to anyone who asks in the middle of New York.
READ MORE

With Green Houseplants, Office Sickness Kept at Bay
The humble houseplant has the potential to cut office sickness rates and boost productivity - if workers remember to water them, suggests a new report.
READ MORE

Boost Teamwork at Office With the "Cross-Cultural" Approach
Promoting cross-cultural perspective boosts teamwork in the workplace, a new study has suggested.
READ MORE