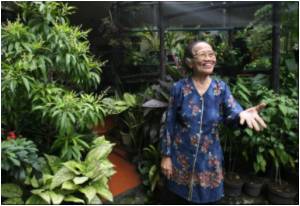 Shattering the so-called 'grandmother hypothesis', researchers have claimed that grandma may not be as important as we thought - at least when it comes to evolution.

In a new model, researchers have questioned the popular 'grandmother hypothesis', which says that human females, unlike those of the other great apes, survive well past their reproductive prime because of the benefits that post-menopausal women offer to their grandchildren.

Pet Dogs Prove Darwin's 'Survival of the Fittest' Theory - but With a "twist in the Skull, Not Tail"

Domestic dogs have an incredible amount of diversity which proves Charles Darwin's theory of the 'survival of the fittest' in a twisted way, a new American research suggests.
Advertisement

The evolutionary biologist William Hamilton initially proposed the idea in a 1966 paper that built on the theoretical work of George Williams and Peter Medawar.


But the grandmother hypothesis really took off during the 1980s and 90s on the basis of field data collected by Kristen Hawkes, an anthropologist at the University of Utah in Salt Lake City, and her colleagues.

Study Finds How the Neck Helped Evolution of Human Brain

New research indicates that the neck gave humans so much freedom of movement that it played a major role in the evolution of the human brain.
Advertisement
"It has been very influential and very important, and sparked a lot of research," Nature quoted Friederike Kachel, an evolutionary biologist at the Max Planck Institute for Evolutionary Anthropology in Leipzig, Germany, as saying.

Despite its anecdotal support and intuitive appeal, the grandmother hypothesis lacked much quantitative proof showing that it was possible for longevity to evolve from grandmothering, said Kachel, whose team ran a mathematical simulation to test the theory's plausibility.

Their agent-based model, which simulates the actions and interactions of individuals, begins with a population of 1,000 people whose lifespans and reproductive windows are an inherited trait that mutates over time. Half are female.

Initially, the females die when they stop reproducing, at 50.

In some simulations, when females are not nursing their own children, they provide fitness benefits to their grandchildren by reducing the age at which they're weaned.

After about 500 generations, the model demonstrated that the assistance of a grandmother during infancy shortened the interval between the times their daughters give birth, and led to shorter reproductive windows.

However, compared with simulations in which grandmothers did not help out, the benefits never result in a change in longevity.

In hindsight, the result isn't as surprising at it might seem. Natural selection is strongest early in life, and its influence on a trait wanes as an organism ages, said Kachel.

Therefore, the benefits of grandmothering would have to be enormous to extend human lifespan.

"Grandmothers are important in many societies and they do have an important social role, but that doesn't prove they are the cause of longevity," said Kachel.

A first edition of Charles Darwin's seminal On the Origin of Species will be sold this week after it was found in a family's toilet in southern Britain, an auction house said Sunday.
Advertisement
News A-Z
A B C D E F G H I J K L M N O P Q R S T U V W X Y Z
What's New on Medindia