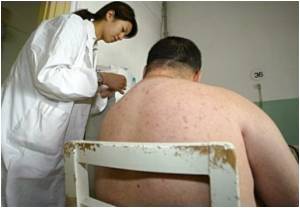 A new study has proved that teasing and criticising an obese family member or pal can backfire instead of motivating them to lose weight.

Researchers from the University of New South Wales surveyed 111 obese adult men and women about weight discrimination and how it influenced their motivation to exercise.

A three-year study found severely obese adolescents are no more likely to be depressed than normal weight peers.
Advertisement

They found that using a "tough love" approach of teasing an overweight loved one just makes them less likely to exercise.


"This idea that we can use a tough love approach, it just doesn't seem to work", said lead author Lenny Vartanian.

"In fact it appears to backfire, making people less likely to exercise", he added.

A study has contradicted the notion that a high body mass index (BMI) confers a protective effect, by saying that obese patients are at a higher risk from major complications after surgery.
Advertisement
One reason for this could be the embarrassment felt by overweight people when others "stare, laugh or make negative comments", the Courier Mail quoted him as saying.

Nearly half of the people surveyed, reported experiencing some form of weight stigma at least once a week. It ranges from hearing negative comments or missing out on a job because of their weight.

Respondents also said that the most hurtful comments usually came from spouses, family members and doctors.

Vartanian suggested that public policy should focus on curbing discrimination against fat people.

"We have certain policies in place to guard against all those groups who have been historically marginalized, whether due to race or religion," he added.

The study is published in the journal Obesity.

Obese Kids Prone To Back Pain

Obese kids could be prone to back pain thanks to unhealthy postures, according to new Australian research.
Advertisement
Advertisement