Digital Monitoring Of Decision-Making Launches a New World Of Cognition 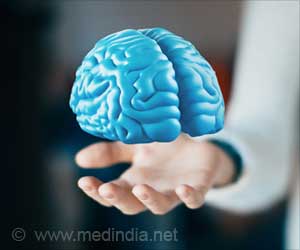 Deciding whether to read this article today differs entirely from your same decision tomorrow. This aspect of decision-making - fact that it is slightly different at every given instance, was explored by the researchers at Stanford University researchers on how cognitive deliberations are reflected in neural activity, published in the journal Nature.

Cognition refers to all the mental processes that are involved in gaining knowledge and then comprehending it. Decision making - one of the important aspects of cognition is thus driven by other aspects of cognition such as thinking, knowing, remembering, judging, and problem-solving.

Nutrition plays an important role in cognitive development of children. Various mental assessment scales are used to measure the cognitive development of individuals.
Advertisement
‘Decision-making  an important aspect of cognition is slightly different at every given instance. This evidence is supported by monitoring and interpreting real-time neural recordings that open up a new window onto a world of cognition that has been opaque to science until now.’


The team developed a system that can read and decode the real-time on-going decision-making process in monkeys' brain cells while the animals were asked to identify whether an animation of moving dots was shifting slightly left or right.

Impaired cerebrovascular responses to memory tasks in individuals with spinal cord injury (SCI) can be improved by aerobic exercise training.
Advertisement
"Fundamentally, much of our cognition is due to on-going neural activity that is not reflected overtly in behavior, so what's exciting about this research is that we've shown that we can now identify and interpret some of these covert, internal neural states," says study senior author William Newsome, the Harman Family Provostial Professor in the Department of Neurobiology at Stanford University School of Medicine.

Unlike other studies that have involved analyzing the average activity of populations of brain cells across hundreds of trials, this study overlooks the intricacies of a single decision. This helps catch up minute details about how our perceptions are made and how it influences our choices.

A neural implant of the size of a pinky fingernail was implanted in the dorsal premotor cortex and the primary motor cortex (important areas of decision making) of the monkeys. The implants are capable of reporting the activity of 100 to 200 individual neurons every 10 milliseconds as shown by digital dots parading on a screen.

Each time the monkeys, when prompted, reported their decisions about whether the dots were moving right or left - a juice reward was given for the correct answer at the correct time. The algorithm for this real-time neural decoding technique was inspired from those developed for paralysis patients intending to move their arms for certain activities.

One Decision at a Time

Each decision was based on the justification from prior cognitive instances. The lab is also repeating these experiments with human participants with neural dysfunctions who use these same neural implants. And this could give a surprising result due to differences between human and nonhuman primate brains.

The researchers believe that their key technological advance - monitoring and interpreting covert cognitive states through real-time neural recordings - should prove valuable for cognitive neuroscience in general, and they are excited to see how other researchers build on their work. This may open up a new window onto a world of cognition that has been opaque to science until now.

Cognition Declines After the Menopause Transition

Women complain about forgetting things during the transition from premenopause to perimenopause to postmenopause. Such declines in memory after menopause appear independent of chronologic age, shows studies.
Advertisement
<< Key Protein Target Discovered In Cancer And Epilepsy
India's Covaxin Neutralizes UK Variant of Covid >>

New research has linked the deficits in social cognition in multiple sclerosis with symptoms in other domains.