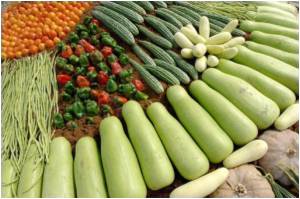 French officials have revealed Michel Montignac, author of worldwide best-sellers on weight loss in the 1980s and 1990s, has died aged 66.

Montignac, who died last weekend, developed a crash diet based on never eating "bad" carbohydrates at the same time as fats after suffering from obesity himself as a child and battling persistent weight gain.

After testing the principle of disassociating the two on himself, losing 30 pounds (13.6 kilogrammes) in less than three months, he wrote "Dine Out and Lose Weight" in 1986, a book that shot to the top of the best-seller list in France where it sold half a million copies.


The following year he released his most well-known book "Eat Yourself Slim and Stay Slim", which sold millions of copies in 40 countries, according to his website.

"Bad" high-GI carbs may not be taken together with fats as Montignac believed these combinations would lead to fats in the food being stored as body fat.

France's latest diet guru is Pierre Dukan, whose slimming plan that kicks off with a "protein only" attack phase is selling by the armload in bookshops.

How to Reduce School Bag Weight - Simple Tips Blood Pressure Calculator Find a Hospital Calculate Ideal Weight for Infants The Essence of Yoga Vent Forte (Theophylline) Sanatogen Post-Nasal Drip Drug Interaction Checker Iron Intake Calculator
This site uses cookies to deliver our services.By using our site, you acknowledge that you have read and understand our Cookie Policy, Privacy Policy, and our Terms of Use  Ok, Got it. Close
×