Desire for Social Acceptance Drives Consumers to Any Lengths 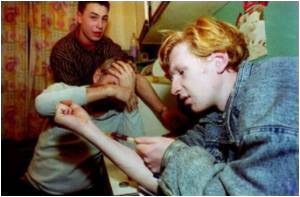 Desire for social acceptance will drive people to do anything - spending large amounts of money, eating something unpalatable or trying drugs - all to become part of a group, reveals a new study.

"An elderly man loses his life savings to a fraudulent telemarketer, who obtained access to the man's bank account information by preying on the man's social isolation. After transferring to a new university where she doesn't know anyone, a young woman goes into debt when she goes on a wildly lavish vacation with a popular group of girls. An unpopular girl uses illicit drugs in hopes of gaining entrance into a seemingly exclusive social club. What do these situations have in common?" the authors ask.


Excluded people look to the social environment for cues on how to fit in, and then they flexibly and strategically use consumption to help them commence new social relationships, the authors explain.
Advertisement
In their experiments, the authors induced participants to feel socially accepted or excluded and then assessed how their spending and consumption patterns changed. In one study, people were paired with partners who left the study. People who thought their partners left because they disliked them were more willing to spend money on school spirit wristbands than people who thought their partners left for an appointment.

People who feel left out are willing to engage in personally distasteful (or even harmful) consumption in order to fit in. "In one experiment, excluded individuals were willing to pay more than others for chicken feet, an unappealing food item liked by their Asian partner," the authors write. "In a subsequent experiment, participants who recalled an experience of social exclusion expressed an increased willingness to snort cocaine."

Peer Pressure Making Kids to Suffer from Depression, Anxiety, Anorexia
Kids today are being forced by peer pressure to grow up quickly that they have started experiencing ...

Social Exclusion Causes Physical Side Effects as Well
Usually an unfriendly and antisocial individual is described as a "cold" or "frosty" person in ......