Denmark To Do Away With Tax on High-fat Foods 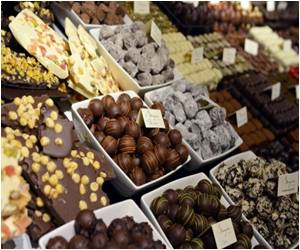 Denmark government has decided to abolish the world's first "fat tax", which was introduced a little over a year ago, as it was deemed ineffective and failed to change the eating habits of people.

"The fat tax and the extension of the chocolate tax -- the so-called sugar tax -- has been criticised for increasing prices for consumers, increasing companies' administrative costs and putting Danish jobs at risk," the Danish tax ministry said in a statement.

To avoid obesity we must consciously control the quantity and the quality of fat that we eat and our daily intake of fat should contribute no more than 25% of our calories.
Advertisement

"At the same time it is believed that the fat tax has, to a lesser extent, contributed to Danes travelling across the border to make purchases," it added.


"Against this background, the government and the (far-left) Red Green Party have agreed to abolish the fat tax and cancel the planned sugar tax," the ministry said.

Around 50 grams of white fat stores 300 kilocalories. In contrast the same amount of brown fat burns 300 kilocalories a day. Such is the magic of this good fat.
Advertisement
Denmark's centre-left minority government is made up of the Social Democrats, Social Liberals and Socialist People's Party, and requires support from other parties to pass legislation in parliament.

The government and the Red Greens reached the agreement as part of their negotiations on the 2013 budget bill.

The previous right-wing government introduced the fat tax in October 2011 to limit the population's intake of fatty foods.

According to the Danish National Health and Medicines Authority, 47 percent of Danes are overweight and 13 percent are obese.

"Now we need to try to do something else to address public health," Food Minister Mette Gjerskov said, news agency Ritzau reported.

The fat tax has been levied on all products containing saturated fats -- from butter and milk to pizzas, oils, meats and pre-cooked foods -- in a costing system that Denmark's Confederation of Industries has described as a bureaucratic nightmare for producers and outlets.

The measure added 16 kroner per kilo of saturated fats in a product.

Several food chains said Saturday they would lower their prices accordingly once the tax is abolished, Ritzau reported.

Body therapies give the body a better shape and toned look and not just random fat loss. They are like passive exercise. The fat sitting deep within is mobilized and utilized from problem areas.
Advertisement
<< Global Launch Of Titanic II Delayed By Storm Sandy
Smartphone Gets Handy for Health Information >>

More News on:
Why Do We Eat - Nutrition Facts Diet Lifestyle and Heart Disease Label Lingo on Food Items: Decoded