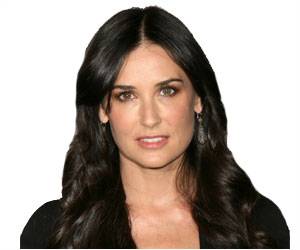 Before Demi Moore was rushed to the hospital, she was reportedly suffering 'what seemed like seizures' at home, claims a source.

The 49-year-old actress was hospitalised on Monday night, and is being treated for substance abuse at the moment.

"Concerned friends called 911," People Magazine quoted a source as saying.he 'Ghost' star is being treated for what her rep says is "exhaustion," as friends privately express concerns about her declining health and mounting stress.


While the cause of the reported seizure was not immediately known, a second source insists that Moore "did not attempt suicide."

According to TMZ.com, Moore went to the hospital after a bad reaction to nitrous oxide.

Moore's reps have not commented since releasing the initial statement.

Smokers More at Risk of Seizures

People who smoke are more likely to have seizures than those who don't, says a new study by Boston-based researchers from Brigham and Women's Hospital and Harvard Medical School.
Advertisement
<< Scarce Access to Anti-Retrovirals for DR Congo HIV Patients
Secret of How Brain Adapts To Stress >>

Demi Moore Acts Quickly To Save A Suicidal Woman's Life

Quick thinking made by Demi Moore saved a suicidal woman's life, as the actress' immediate posts on Twitter helped cops reach the woman in question.