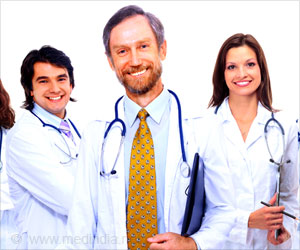 A two-day advanced spine course will be conducted for over 500 spine surgeons from various parts of India. The workshop will be hosted by the Vardhaman Mahavir Medical College (VMMC) and Safdarjung Hospital in Delhi.

The event, starting from March 25, will be the first in the national capital.

The patient who suffered from liver cirrhosis died due to excessive bleeding during a live laparoscopic technique at AIIMS by a Japanese surgeon.
Advertisement
‘Safdarjung Hospital to host Delhis first advanced workshop on a two-day advanced spine course.’

"The two-day advanced spine course is being organised by the Spine Unit of Central Institute of Orthopaedics, VMMC and Safdarjung Hospital. The course will deal with specialised and delicate field in spine surgery that is correction of spinal deformities," said Ramesh Kumar, Director-Professor of Central Institute of Orthopedics in VMMC and Safdarjung Hospital, in a statement.


He added that the event will also showcase live surgeries on kyphosis, that is hunchback correction, by stalwarts in spine surgery.

According to Kumar, Kyphosis or hunchback can be due to congenital, developmental, post- tubercular, post-traumatic causes and due to ankylosing spondylitis.

The highest number of burn cases were reported from south Delhi's Safdarjung Hospital, while Deen Dayal Upadhyay Hospital attended to almost 150 cases.
Advertisement
"If allowed to progress, it (hunchback) can be disabling, as the patient can't walk and see straight. It can also decrease patient lung functional capacity and slowly damage the spinal cord. This will be followed by Cadaveric Workshop in Department of Anatomy on March 26," said Kumar.

Stating that the delegates will be given hands-on training on spine deformity correction, Kumar said: "The course is being conducted under the aegis of Delhi Orthopedic Association and is first of its kind which deals with specialized spine surgeries."